WATCH: Sen. Durbin praises AG Garland for mobilizing the FBI against parents at school board meetings

"These assaults in the so-called name of liberty are unacceptable," said Durbin. "And your Oct. 4 memo, relative to schools and school board officials and their own peril at this point, I think should be mentioned." 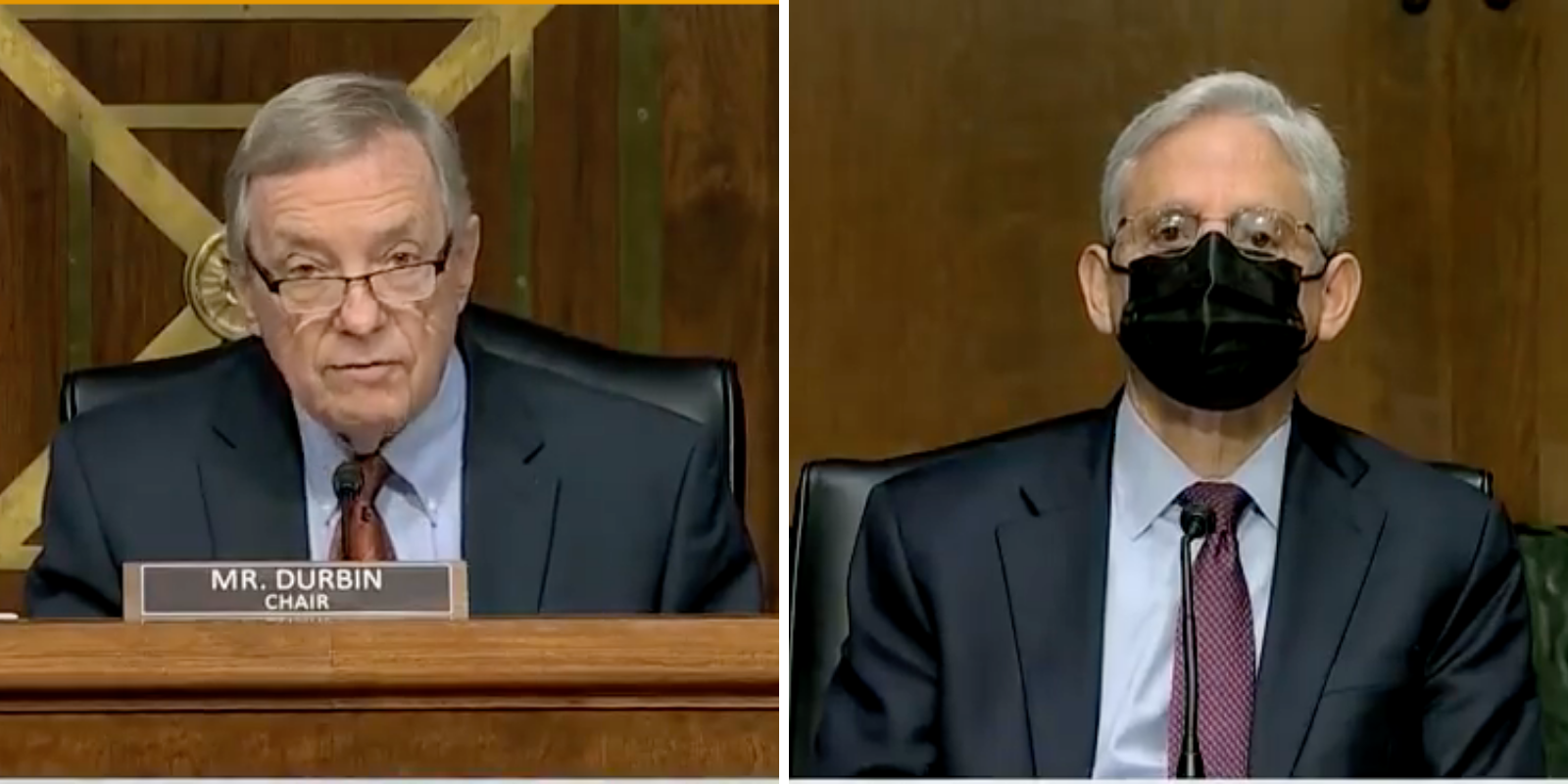 Illinois Democrat Senator Dick Durbin of the Senate Judiciary Committee on Wednesday praised Attorney General Merrick Garland for using the the Biden administration's Department of Justice and the FBI to investigate concerned parents speaking out at school board meetings, per his Oct. 4 memo.

"These assaults in the so-called name of liberty are unacceptable," said Durbin. "And your Oct. 4 memo, relative to schools and school board officials and their own peril at this point, I think should be mentioned."

"I have heard statements from members of this committee, which I think are really inconsistent with reality," Durbin continued. "Those who think that the insurrectionist mob of Jan. 6 was merely a group of tourists visiting the Capitol ignore the pillaging, the deaths, and the serious injuries to over 100 law enforcement officials. And those who argue that school board meetings across America are not more dangerous and more violent than in the past, are ignoring reality."

Durbin said that he searched on the internet that morning for school board violence, and found pages and pages of results.

He noted that is the "quiet, solid community" of Mendon, Illinois, an area that he represents, a man was arrested at a school board meeting for threatening violence against the board members over masking in schools.

"We are seeing violence at the school board meetings at an unprecedented number. I don't believe, I think you made it clear that you don't believe that we should infringe on free speech. But free speech does not involve threats and violence period. And we ought to join with local law enforcement officials to protect the school board members who are being intimidated in this way," Durbin said.

Durbin's statement comes after the National School Board Association wrote a letter to President Joe Biden earlier this month urging that the Department of Justice look into threats and violence facing board members across the country, likening concerned parents to "domestic terrorists."

Garland responded to the letter, telling the NSBA that "The Justice Department will launch a series of additional efforts in the coming days designed to address the rise in criminal conduct directed toward school personnel."

Last week, the NSBA issued a statement apologizing for their letter after received pushback. "We regret and apologize for the letter," the NSBA wrote to its members. "To be clear, the safety of school board members, other public school officials and educators, and students is our top priority, and there remains important work to be done on the issue."

"There was no justification for some of the language included in the letter. We should have had a better process in place to allow for consultation on a communication of this significance. We apologize also for the stress this situation has caused you and your organizations," the letter added.