WATCH: Psaki says she's not 'in a position' to assess what safety precautions the infected Texas Democrats should have taken

"Obviously these individuals were out there trying to elevate the issue of an individual's right to vote," Psaki said of the unmasked Texas Democrats who fled to Washington and tested positive for COVID-19. 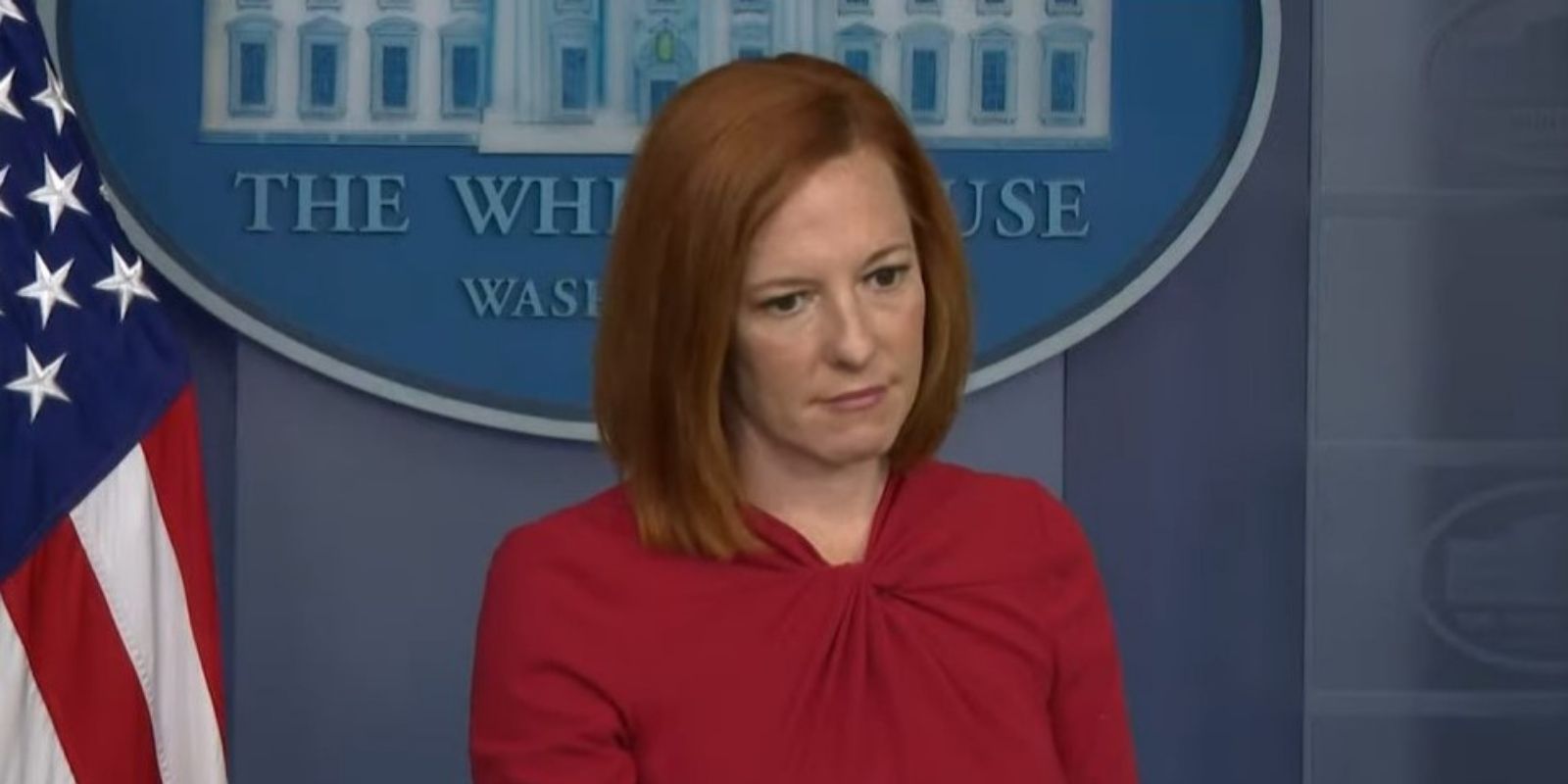 Biden press secretary Jen Psaki wouldn't answer on Monday whether the runaway Texas Democrats who tested positive for COVID-19 should have worn masks on the flight fleeing to Washington. They left the state a week ago.

Fox News reporter Peter Doocy asked Psaki if the unmasked Democrats should have taken more precautions such as wearing face coverings on the arriving flight.

"I don't think I'm going to be in a position here to assess what safety precautions [the Texas House Democrats] may or may not have taken," Psaki answered.

The spokeswoman shrugged the direct question amid the White House's intense efforts to influence Americans to get vaccinated against the coronavirus and to curb purported "vaccine misinformation" from proliferating on Facebook.

"Obviously these individuals were out there trying to elevate the issue of an individual's right to vote," Psaki said of the theatrical stunt intended to prevent the passage of the Republican-led election integrity bill in Texas. "We of course hope everyone abides by public health guidelines. That's what we certainly recommend."

Psaki said on July 6 that the White House will implement "targeted community by community door-to-door outreach" to get more Americans vaccinated. After the Biden administration called on Facebook to ramp up censorship efforts, Facebook fought back Saturday against the White House, declaring that it already censors Americans on the social media platform over "vaccine misinformation."

"When we see misinformation about COVID-19 vaccines, we take action against it," the tech giant wrote. President Joe Biden's goal was for 70 percent of adult Americans to be vaccinated with at least one dose by July 4. "Facebook is not the reason this goal was missed," the Facebook press release fired back.

Psaki was also asked a follow-up to that question from another reporter, who wondered if the Biden administration would consider acknowledging former President Donald Trump's role in creating the COVID-19 vaccine in order to assure Trump supporters who are still hesitant about getting the jab. "Do you have data to suggest that that's the issue that's preventing people from getting vaccinated?" Psaki asked another reporter.

The journalist noted that vaccine hesitancy is prevalent among conservative communities that voted for Trump. Psaki pressed if the crediting dispute is the reason for low vaccination rates or is it false vaccination narratives that the Biden administration is hellbent on policing. The reporter pointed to common sense.

"I don't think it takes a lot to draw the conclusion," he told Psaki.

"Our objective it to ensure all Americans will get vaccinated. We'd love that—Democrats, Republicans, independents—it's not a political issue to us," Psaki responded. "The virus does not look at people's party affiliations. We recognize that. The president's going to govern for all people."

She then claimed the reporter jumped to several conclusions she doesn't think "data backs up in terms of where the impacts are." Psaki reiterated that "vaccine misinformation" is the driving force that's disseminated through a variety of mediums including social platforms, the media, and elected officials.

Psaki also sidestepped concerns that Vice President Kamala Harris, who met with the Texas Democrats three days before the COVID-19 outbreak began, could still catch the ailment or pass it along to the commander-in-chief.

"There haven't been additional precautions taken," Psaki said after noting that Harris had tested negative and insisting that the vice president's visit to Walter Reed National Military Medical Center on Sunday was scheduled and routine.

The state lawmakers who fled to halt work in the Texas House also spent Monday in a semi-virtual pep rally on "voting rights" and fending off questions about the COVID-19 outbreak, The Dallas Morning News reported. With five of them testing positive for the coronavirus, the Texas House boycott isn't going quite as planned.

Hopes of meeting with Biden this week has dimmed given that the number of infected lawmakers in the delegation have raised since initial reporting, upending plans to return to the Capitol for more lobbying on federal voting legislation.

The election integrity proposals in Texas would add new ID requirements for residents who want to vote by mail as well as getting rid of several methods of early voting. Under the Texas constitution, the state legislature requires for a quorum of two-thirds of legislators present in order to conduct any state business.

During the hybrid seminar and Zoom meeting, less than half of the Texas lawmakers were visible on the screen which revealed a ballroom at the Washington Plaza hotel-turned-hideout near the White House.