WATCH: Sen. Ted Cruz says Joe Biden is 'crawling into bed with Russia and the enemies of America' 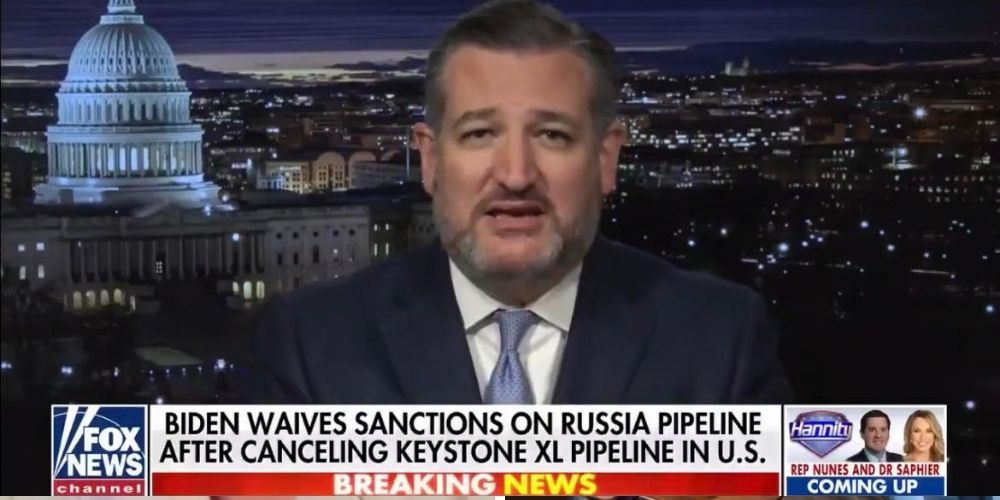 Senator Ted Cruz (R-TX) joined Fox News Sean Hannity Wednesday night and slammed President Joe Biden for cozying up to Russia after cancelling the Keystone Pipeline then issued a waiver to Vladimir Putin to continue building a pipeline to supply energy to Western allies that the Trump administration had previously halted.

"Joe Biden is crawling into bed with Putin and Russia and the enemies of America," Senator Ted Cruz said.

"On day one in office, Joe Biden, shut down the Keystone pipeline. He destroyed 11,000 jobs, high paying jobs, including 8,000 union jobs," Cruz reported.

"Then Biden sat by and allowed Russian hackers to hack the Colonial Pipeline, producing gas lines up and down the Eastern seaboard. He did nothing to defend it. He sat by while they paid a ransom to Russian hackers, and now his reward to Russia for Russian hackers shutting down a major infrastructure pipeline on the Eastern seaboard is today, he signed a waiver, basically green-lighting the Nord Stream 2 Pipeline, a pipeline from Russia to Germany," Senator Ted Cruz continued.

The Trump administration had previously stopped Russia from continuing construction of the pipeline which resulted in Senator Ted Cruz slamming President Biden for killing thousands of American jobs through executive order while Russian began to rebuild their pipeline, boosting their economy instead.

"Congress has twice passed bipartisan sanctions to stop this pipeline. I authored those sanctions. We stopped the pipeline for a year. It was shut down. It was a piece of metal at the bottom of the ocean," Cruz said. "Putin began rebuilding the pipeline right after Biden was elected."