'You have done nothing:' AOC townhall interrupted by anti-war protestors

"None of this matters [if] there's a nuclear war in which you voted to send arms and weapons to Ukraine," one protestor said in the video. "Tulsi Gabbard left the Democratic party because they are hawks. You ran as an outsider." 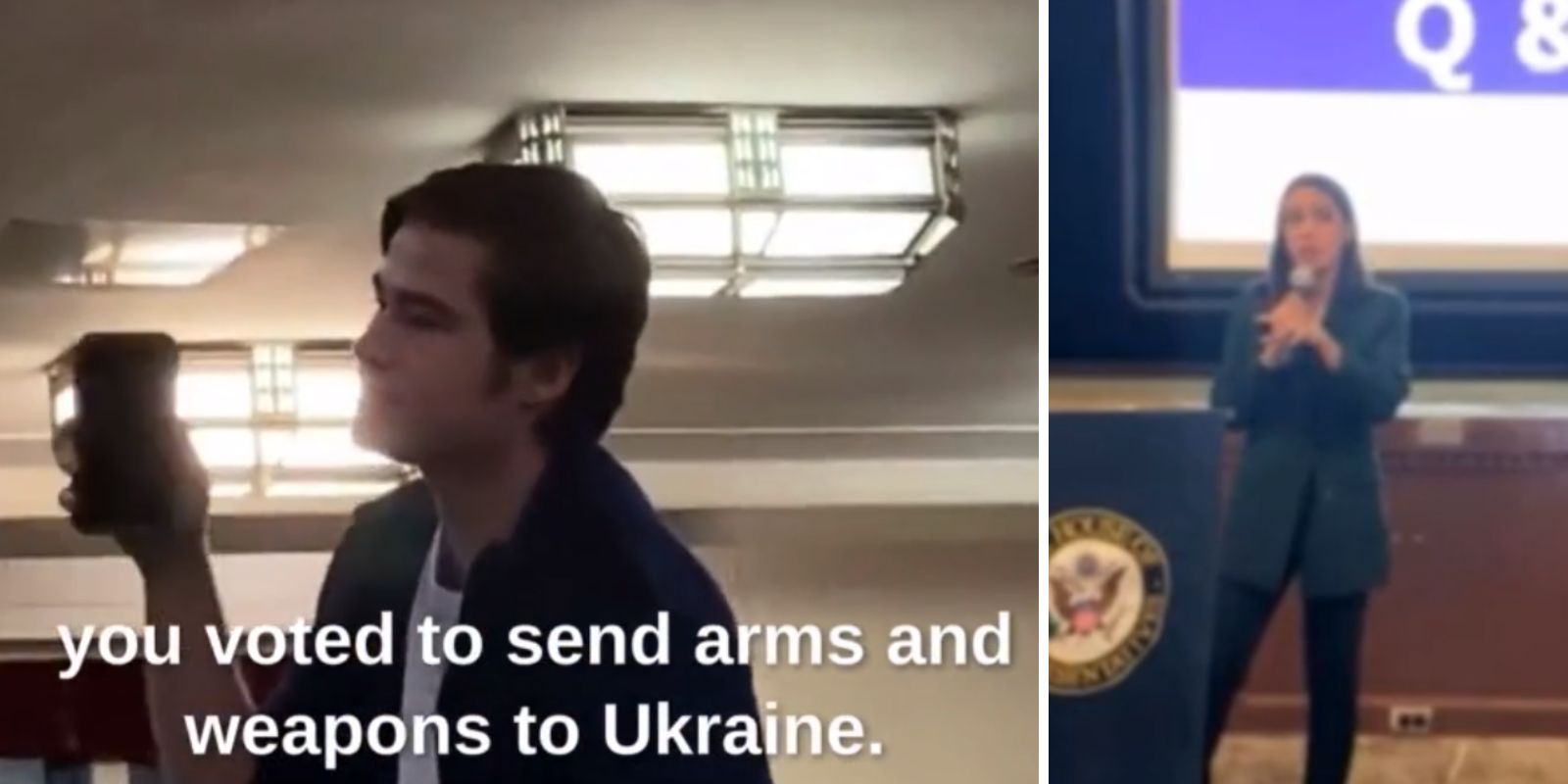 Roberto Wakerell-Cruz Montreal QC
Oct 13, 2022 minute read
ADVERTISEMENT
ADVERTISEMENT
Progressive Democrat Rep. Alexandria Ocasio-Cortez spoke at a townhall in the Bronx, New York on Wednesday, and during a Q&A session was interrupted by anti-war protestors demanding answers as to why she is backing US involvement in the war in Ukraine.

"Congresswoman, none of this matters unless there's a nuclear war which you voted to send and weapons to Ukraine," one man shouted as Ocasio-Cortez attempted to field questions on drugs and immigration.
AOC, meanwhile, has been hawkish on the Ukrainian war, having voted to spend $40 billion more on the war, not including the $14 billion that President Biden already spent.

"None of this matters [if] there's a nuclear war in which you voted to send arms and weapons to Ukraine," one protestor said in the video. "Tulsi Gabbard left the Democratic party because they are hawks. You ran as an outsider."

The protestor noted that former Democrat Tulsi Gabbard, had left that party due to the party's apparent unwillingness to try to stop a potentially impending nuclear war with Russia, the nation which invaded Ukraine in February 2022.

Gabbard, who left the Democrats earlier this week, said that the party was run by an "elitist cabal of warmongers who are driven by cowardly wokeness, who divide us by racializing every issue and stoking anti-white racism, who actively worked to undermine our God-given freedoms that are enshrined in our Constitution, who are hostile to people of faith and spirituality, demonize the police will protect criminals at the expense of law-abiding Americans who believe in open borders, who weaponize the national security state to go after their political opponents. And above all, were dragging us ever closer to NUCLEAR WAR."

AOC recommended that the White House gain congressional approval before taking part in a war effort, and has gone on to approve funding for a war effort, in the form of weapons and aid.