BREAKING: Libs of TikTok locked out of Twitter for violating rules against 'hateful conduct' 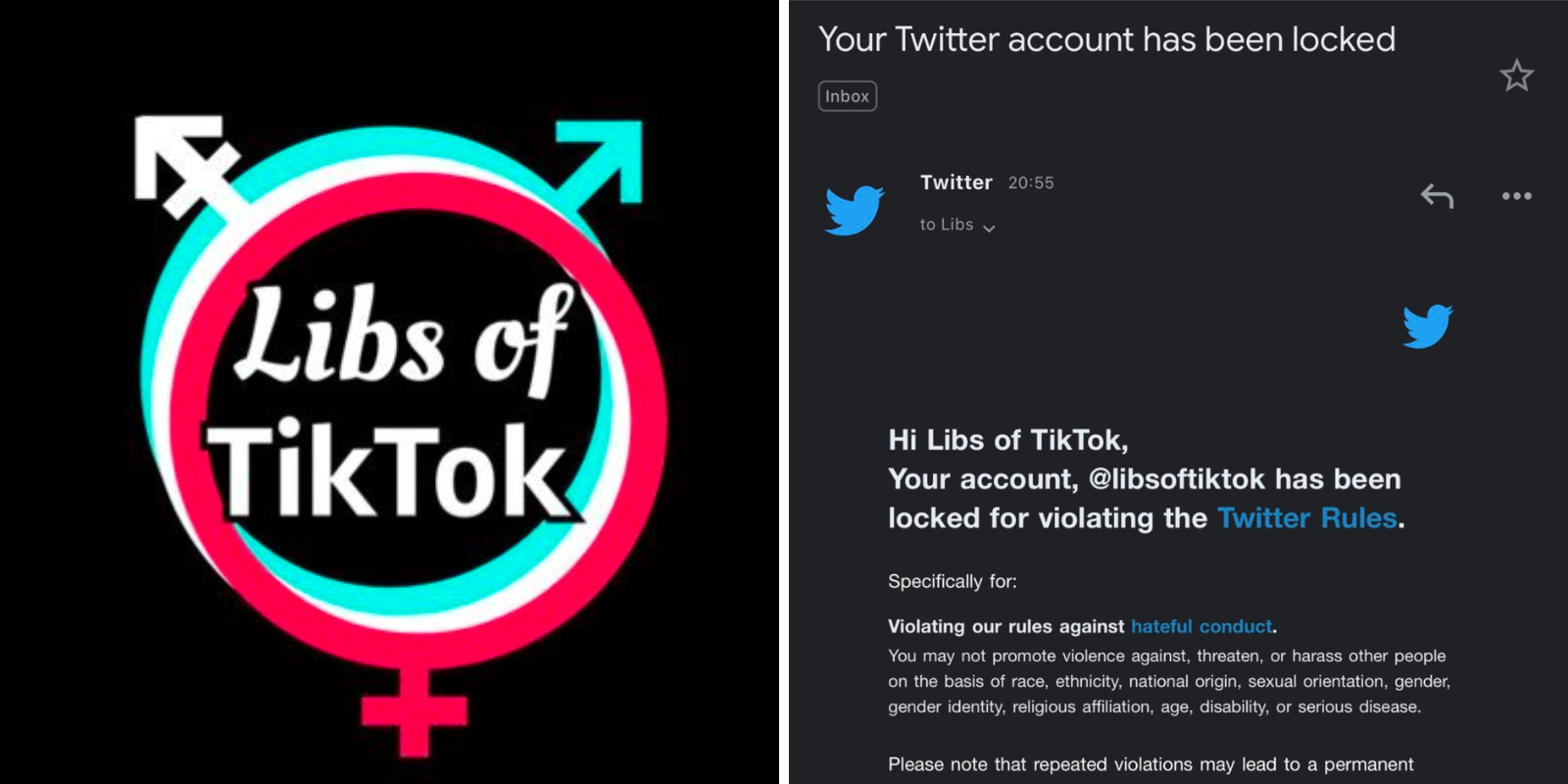 The popular account Libs of TikTok has once again been suspended from Twitter for "hateful conduct," as reported Sunday by The Babylon Bee's Seth Dillon.

Recently, Libs of TikTok has been exposing hospitals performing "gender reassignment" surgeries on minors, including the Children's National Hospital in Washington, DC. The hospital claims it doesn't support reassignment surgeries, despite language on its own website suggesting otherwise.

The account has become an internet sensation due to its work exposing the woke, leftist agenda. It's also a target for the liberal press and "big tech" platforms.

The account was suspended from Facebook earlier this month because it "didn't follow Community Standards." According to Libs of TikTok, no reason was given for the temporary ban.

The notification from Facebook stated, "We have already reviewed this decision and it can't be reversed."

In May, Libs of Tik Tok was suspended from Instagram which is also owned by Meta.

Libs of TikTok recently told Jack Posobiec "I'm going to call out every single hospital, and they're going to have to answer for why they are chopping off the genitals and the breasts of healthy kids, and suppressing kids' puberty."

"Twitter employees are currently debating whether to ban us. We have screenshots of their internal discussion," Libs of TikTok said at the time.

The potential ban came mere hours after Media Matters employees took to Twitter to say the Libs of TikTok account was going to be responsible for the death of LGBTQ+ individuals.