"Stop giving your money to people who hate you. Give it to me," Boreing invites. 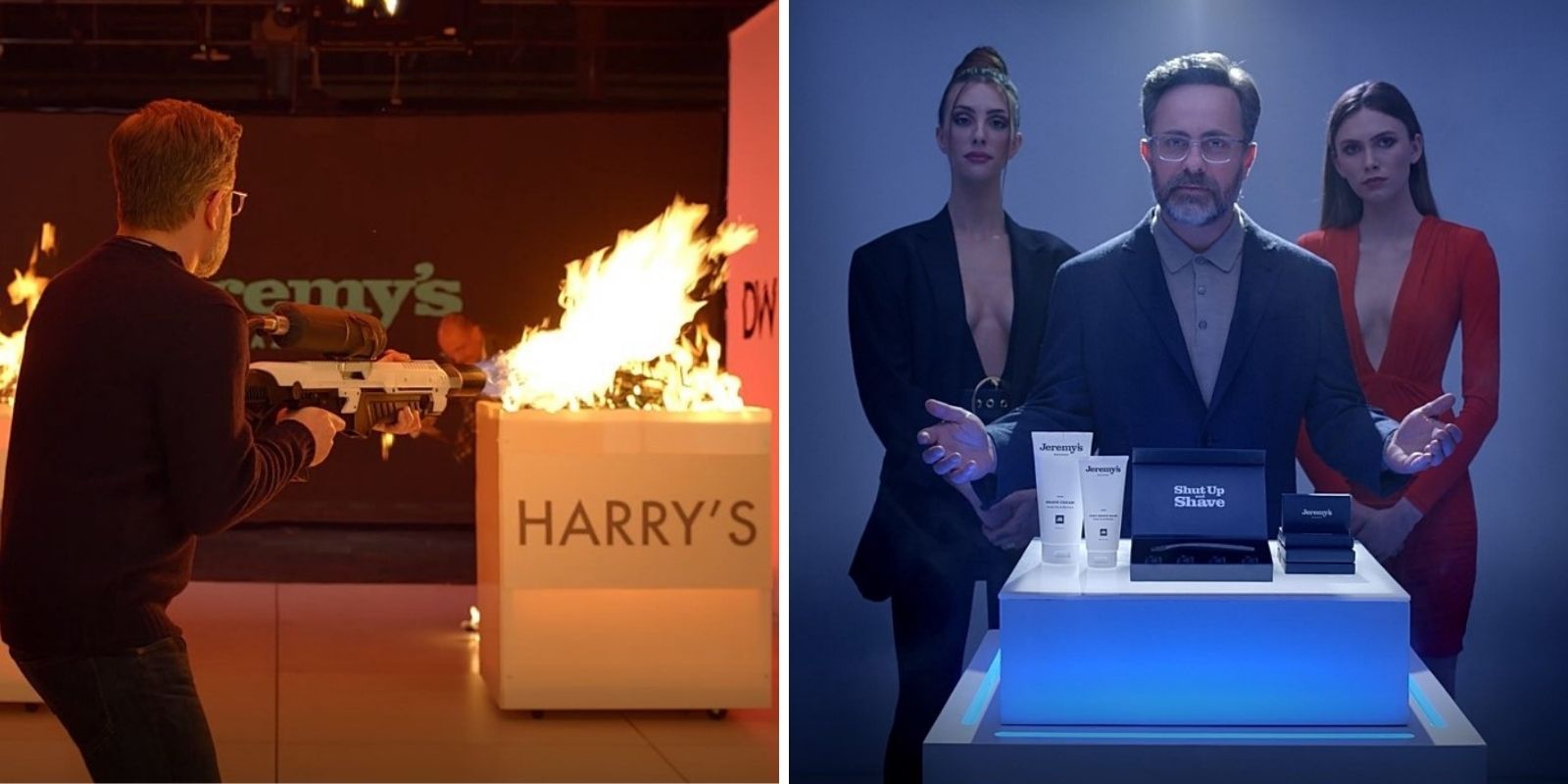 Leading the fight against the woke takeover of corporate America, The Daily Wire has decided to fire back at Harry's Razors after the shaving company dropped advertising with the conservative media titan in a virtue-signaling maneuver.

The Daily Wire's co-founder and co-CEO Jeremy Boreing is now throwing down the gauntlet by launching Jeremy's Razors, an alternative men's grooming line that sends a message to the woke-gone-broke companies that are perpetuating cancel culture against political opponents while still dominating the industry.

In a theatrical gesture of dethronement and ascension, a crown-wearing Boreing is seen at the advertisement's end sitting in a throne with a bald eagle by his side. A massive "Shut Up and Shave" banner then drops down behind Boreing.

"Stop giving your money to people who hate you. Give it to me," Boreing invites.

Jeremy's Razors will begin accepting pre-orders Tuesday via IHateHarrys.com for shaving kits that customers can expect to be delivered by Father's Day on June 19, according to a Daily Wire press release obtained by The Post Millennial.

The campaign was teased on social media over the past week among an assortment of Daily Wire personalities, including editor emeritus Ben Shapiro, bestselling children's author and ex-Virginia resident Matt Walsh, Speechless author Michael Knowles, and the "god-king" himself Boreing—all with bloodied shaving cuts.

The Daily Wire's major announcement of the razor subscription service providing an option for consumers tired of the left's monopoly on business is in response to Harry's Razors having pandered to an online "non-binary" Karen who called for immediate cancellation of its business dealings with the acclaimed media entity.

A year ago, an anonymous Twitter user with two followers at the time of the complaint demanded Harry's Razors cancel its sponsorship of The Daily Wire over an interview Knowles conducted two years prior. The account, whose Twitter bio touts being "known for canceling Michael Knowles," accused the popular Daily Wire host on March 7, 2021, of "spreading homophobic and transphobic content."

Knowles had hosted licensed psychologist Dr. Joseph Nicolosi Jr. in 2018, who's the founder of Reintegrative Therapy Association (RTA), which treats men and women with sexual addiction. RTA maintains that it does not promote or sanction conversion therapy, but it does encourage patient-driven treatment that may alter sexual attraction as a byproduct of addressing underlying trauma that may exist.

Harry's Razors, which had advertised with The Daily Wire since 2016 and was well aware of its editorial stance, axed its advertising relationship and described the outlet's mainstream conservative views on gender identity—beliefs shared by millions of Americans—as "inexcusable." Harry's official Twitter account declared it condemns the commentary made in the Sept. 21, 2018, episode of "The Michael Knowles Show," which it said are "at odds with our longtime support of the LGBTQ+ community," adding: "We've ended our relationship with this show & are looking into our sponsorships to prevent any values misalignment going forward."

Days later, Boreing volleyed on Twitter, emphasizing that The Daily Wire has advertised with Harry's Razors for years because of its "great" product. The Daily Wire chief noted that the company knows there are ideological differences between the two, but that shouldn't matter when it comes to consumerism, Boreing argued.

"Who cares? Economic decisions shouldn't be political decisions. But now Harry's has decided to declare that conservatives don't deserve great razors," he wrote.

Boreing pointed out that "every single association" doesn't have to be based on shared opinions. "Hollywood, the media, the academy, and now Harry’s Razors all want you to know you are not welcome in their world. Believe them," he said.

"But to CONDEMN our product - and thus our audience - after we've PROMOTED your product is assholish behavior," Boreing lambasted. "Screw Harry's."

The Daily Wire, a trailblazing conservative news outlet, itself made headlines when its leadership took a defiant stand against the Biden administration's workplace vaccine mandate for companies with 100 employees or more, refusing to comply with the president's "tyrannical" COVID-19 requirements.

Boreing called the Supreme Court ruling in January blocking the private sector mandate "a victory for The Daily Wire" and "a humiliating defeat" for Biden.

Harry's Razors has come under fire in recent years for listing a series of woke causes on its website. The page, called "Social Mission," was dedicated to initiatives serving the black, LGBTQ, and "people of color" communities.

In addition, Harry's contributed to the Bronx Freedom Fund, the "first of its kind" effort to "disrupt the injustice of cash bail" in New York City by posting bail for thousands of low-income defendants incarcerated before trial. "Through its decade-long effort to transform pretrial justice," the organization has pioneered the revolving bail fund model as "a tool in the fight against mass incarceration and the criminalization of race and poverty," according to the fund's website.

"Even one night in jail can cause someone to lose their job, their home, even custody of their children. The Bronx Freedom Fund is a nonprofit that pays bail for people accused of misdemeanors so that they can stay out of jail while they await trial. With our donation, we expect to keep over 50 men at home with their communities," Harry's Razors wrote on its "Social Mission" webpage.

Harry's has since been accused of contributing to the lawlessness of New York City.

The suspect charged in the 2019 Chinatown homeless massacre, Randy Santos, then-24, was roaming the streets because the Harry's-donated fund bailed him out while he was jailed for allegedly groping a woman, the New York Post reported.

In 2018, Lynneke Burris viciously choked and sexually violated a young high school English teacher at her Bronx apartment building a week after the fund posted the sexual predator's bond for a prior assault, the New York Post reported.