Hunter Biden's new memoir is already number one on Amazon ... in 'Chinese Biographies'

Hunter Biden's new memoir detailing his life as a drug-addicted son of a powerful American politician has hit number 1 on Amazon's bestseller list, albeit under the category of "Chinese Biographies." 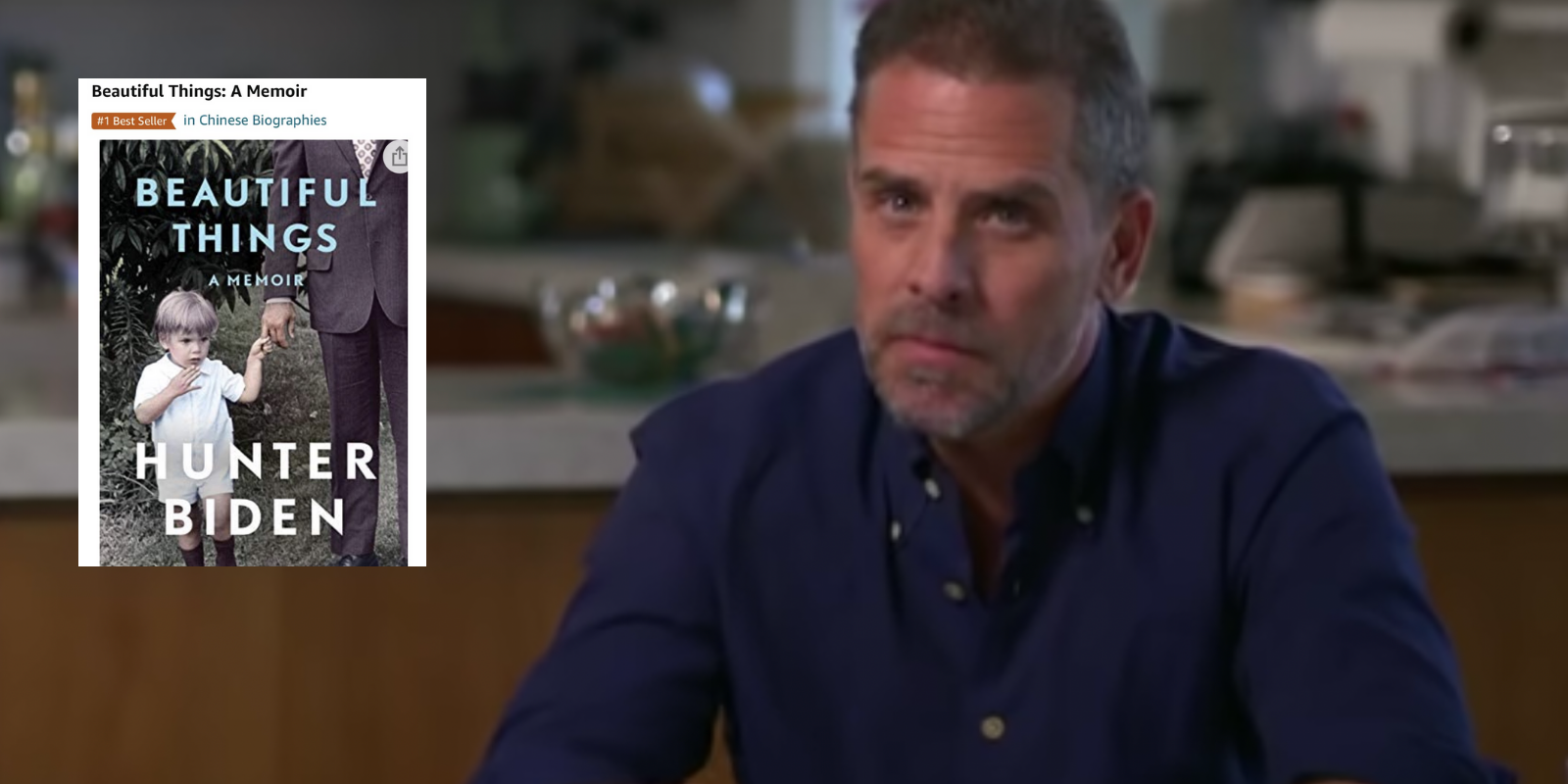 Hunter Biden's new memoir detailing the tough times he's had in life being a drug-addicted son of a powerful American politician has hit number 1 on Amazon's bestseller list, albeit under the category of "Chinese Biographies."

While the categories are determined by algorithm and possibly metadata, the category is at the very least amusing given that Hunter Biden was implicated by the New York Post's original reporting in an influence peddling scheme with Chinese officials and then Vice President Biden.

Hunter Biden was also slated to receive large payments from a Chinese equity firm in 2019, and had additional dealings in China that appeared to involve the entire Biden family. This though his dad had said that Hunter had no profit in China.

The New York Post's stories on Hunter Biden, his business dealings, and allegations that his father was either a participant or at the very least aware of his son's doings were suppressed and censored by social media sites.

Twitter prevented the Post's stories from being shared on its platform, banned the New York Post's account for a time, and said outright that the information from which the Post gathered their data on Biden's alleged schemes was from an unlawful hack. This was proven to be untrue, as the Post legally obtained the data on which they then reported.

Facebook, too, suppressed the stories from being shared on their platform. Both CEO's, Jack Dorsey and Mark Zuckerberg, were brought into congress to testify before the senate and explain just what they believed gave them the authority or the right to ban reporting on a political candidate in the final throes of a contentious election season. They revealed that they had no proof to back up their suppression.

The Biden campaign, and now the administration, has refused to address the underlying allegations concerning President Biden, his son, and the rest of his family's involvement in influence peddling or outright shady foreign business undertakings. Instead, they have dismissed the stories outright, assuming that a friendly, leftist media would simply drop the stories, as, in fact, they have done.

Many outlets went so far as to explain why they were not reporting on the Hunter Biden stories, rather than actually look into them. These included NBC, NPR, and others.

Biden went so far as to say, entirely baselessly, that the information obtained with regard to his son's misdeeds was Russian disinformation. This narrative was picked up by media despite there being nothing to back it up. In fact, an investigation revealed that the source from which the information gathered was all American.

Hunter Biden's publisher is a subsidiary of Simon and Schuster, which dropped publication of a book by Senator Josh Hawley about censorship in Big Tech. Their statement said, roughly, that they believed Hawley was—without proof—party to the Capitol Hill riot that took place in Washington, DC, on Jan. 6.