Stewart claimed that the Covid-19 virus was made in a lab in Wuhan, China, despite "experts" saying that this was "misinformation." Now he believes that "expert" opinions on "gender affirmation" are not to be questioned. 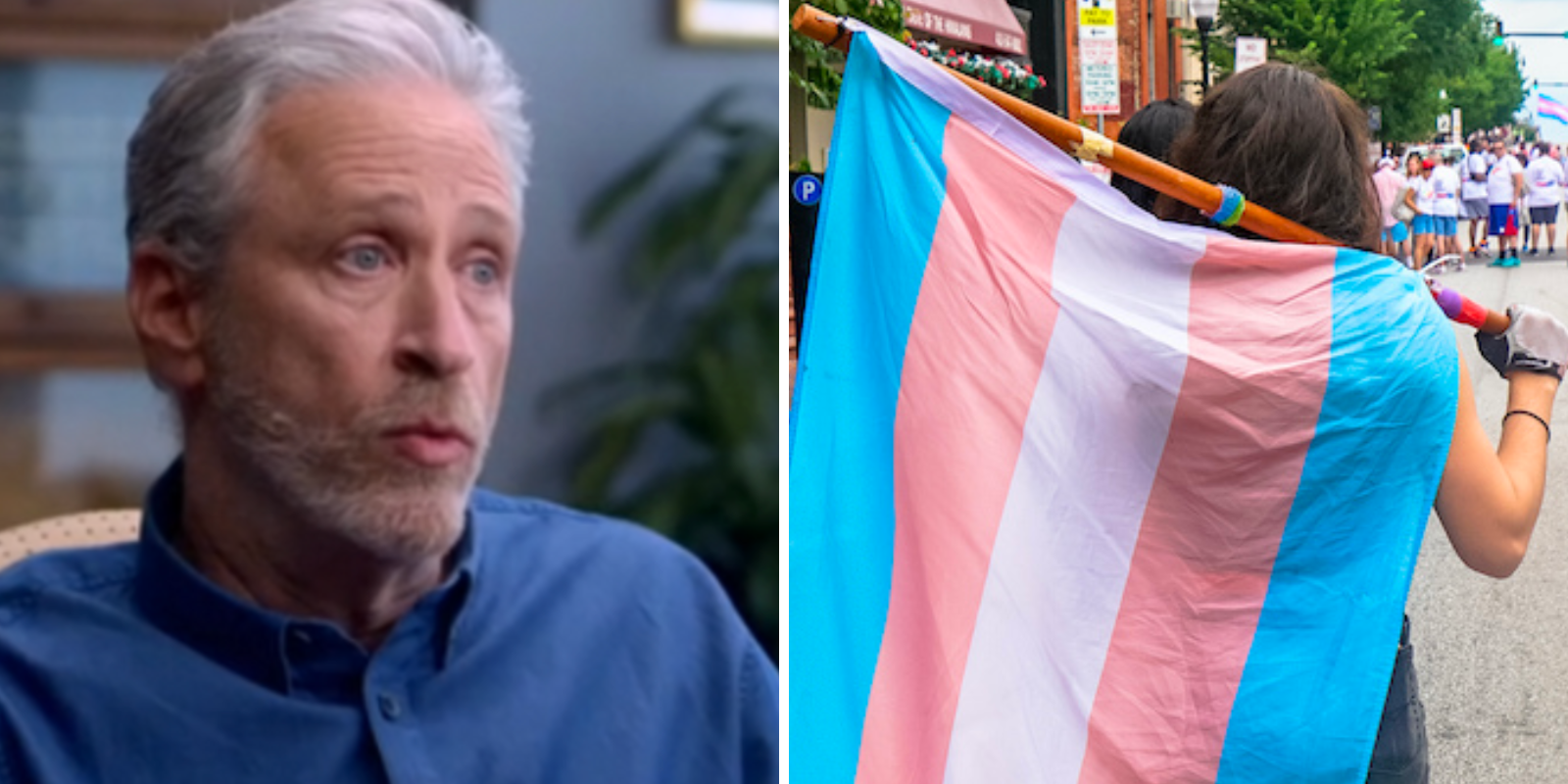 Jon Stewart delved into the national conversation surrounding gender ideology in his latest episode of The Problem with Jon Stewart, and in do doing he fully endorsed medical gender transition for children and teens. Stewart spoke to Leslie Rutledge, Attorney General for Arkansas, and went into the interview with the idea that he needed to reeducate her, that he was an expert on gender dysphoria and "trans" youth. Arkansas banned the practice.

To bolster his claims that drugging children who are experiencing gender dysphoria is the appropriate treatment, Stewart cited medical "experts" at the American Medical Association, who have called on Biden's Department of Justice to censor and suppress those who speak out against the medical gender transition of minors, claiming that this is "misinformation."

Stewart, who made his own claims that the Covid-19 virus was made in a lab in Wuhan, China, despite the "experts" at the time saying that this was "misinformation" in June 2021, now appears to beleive that the "expert" opinions on "gender affirmation" are entirely dispositive.

"I think a lot of people might say, including myself, it's surprising that the state would say, we want to make a decision for your family and your child to protect them. Even though the American Medical Association, the American Association of Pediatrics, The Endocrine Society, the American Association of psychiatrists, all recommend a certain set of guidelines for children that are expressing gender dysphoria. So I guess my surprise is why would the state of Arkansas step in to override parents, physicians, psychiatrists, endocrinologist who have developed guidelines," Stewart said.

Many other experts have spoken out against the very thing Stewart claims is settled medicine. Vanderbilt Children's Hospital in Nashville has put a hard stop on medical gender transition for minors after reports revealed doctors discussing the profit motive behind administering "gender care."

WPATH, the World Professional Association for Transgender Health, has said there should be no age limits on medical gender transition, removed age limits for medical gender transition, such as puberty blockers, cross-hormones, and surgeries. They claim that "eunuch" is a gender identity, and are the organization most cited by hospitals and gender clinics to explain how those clinics form their guidelines to treat "trans" children and teens.

Rutledge defended her state's laws to allow children to grow into adults without drugs or surgeries meant to alleviate gender dysphoria, while Stewart continuously insulted her for doing so, and a laugh track played under his "gotcha" lines.

"I believe that the outcry by those who are wanting to use these young people as political pawns and to attack those of us who put these sort of laws in place are the ones who are in fact putting these children at risk and making them and putting them on public display and making it part of the mainstream media conversation," Rutledge said. "This was not part of the mainstream media conversation. Five years ago, 10 years ago, but now these children are being put on display by those who are claiming to protect them when instead we need to ensure again, that they are working through this with their own families, their own doctors, the communities, their children."

Stewart believes that those politicians who are interested in protecting children from drugs and surgeries to treat gender dysphoria are the problem, and not a medical industry that prescribes Lupron Depot off label to treat gender dysphoria, when the manufacturer does not recommend it for that use. The drug maker only recommends use for three months. A nurse in the gender clinic at Golisano Childrens Hospital in Rochester, NY said that often children take the drug for years. It was developed to treat prostate cancer and is used to chemically castrate sex-offenders. The FDA found that the drug can cause brain swelling and vision loss.

The show used a series of super cuts to manufacture a message from GOP politicians, commentators and faith leaders to indicate that they saying things that they in fact weren't saying, and encouraged the audience to laugh at efforts to save women's sports and protect children.

Another says that "gender dysphoria is a disconnect from your mind and body. So what I can feeling up here isn't the same thing I see myself in the mirror. But gender affirming care, that helps us see what we feel."

Stewart brings in parents of "trans" children and teens, along with trans ACLU attorney Chase Strangio, and an edocrinologist. There were no disagreeing doctors, parents, or detransitioners on his panel. One mom, Keisha Michaels, discusses how she wishes she's "affirmed" her child earlier.

The child was 10-years-old when the parents decided to "affirm" the child, and the mother said the condition had been ongoing since the child was 3. The other mother on the panel spoke about socially transition her child at the age of 4, and that the child was suicidal prior to that.

Strangio said, falsely, that "experimental surgery, that is not happening on children," before going on to redefine the word "children" to meet Strangio's purpose. "Children means prepubertal children. There are no medical interventions period. That is a distortion designed to make people support legislation targeting our communities. What we do know harms children, for example, is removing them from loving home."

In New York state, a father is struggling to not allow his child to go on puberty blockers. Puberty blockers are given to children as they enter puberty, to stop it from occurring. It has irreversible side-effects, such as stunted growth, bone loss, and stopping the development of secondary sex-characteristics, like breast or penis growth. The endocrinologist claimed that the medical industry is not "woke," not obsessed with affirmation, and is not driven by a profit motive. Reporting has shown that these statements are not true.

Strangio said those who believe in parental rights are the problem.

"The politicians, the parental rights politicians of 'my kid doesn't have to wear a mask. I don't have to vaccinate my kid. My kid doesn't have to learn critical race theory in school' are passing laws that say 'we're going to take away the ability of parents to give their children life-saving care,' and they're making arguments like it's a sad thing that they're being subjected to social transition," Strangio said.

Many who transitioned early in life have been speaking out, and many states have passed or are considering the passage of laws to prevent children from being medically stopped from reaching adulthood.
ADVERTISEMENT
ADVERTISEMENT
stewart