Multiple sources in the Seattle Police Department told The Post Millennial that sufficient staffing levels for a city as populated as Seattle should have no less than 250 officers on each watch. 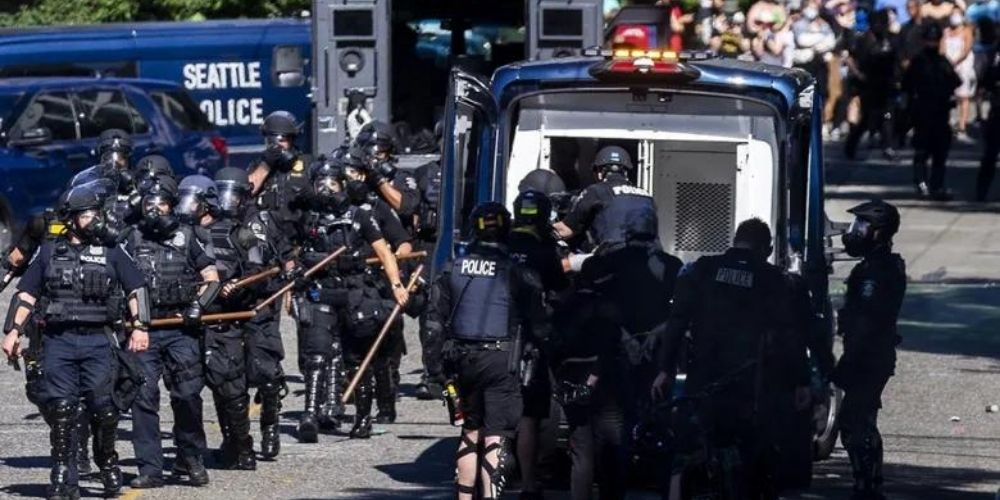 The staffing crisis within the Seattle Police Department grows more dire by the day and on Friday the city had only 47 patrol officers working first watch, putting both officers and members of the community's safety at risk.

Multiple sources in the Seattle Police Department told The Post Millennial that sufficient staffing levels for a city as populated as Seattle should have no less than 250 officers on each watch.

However, according to those same sources, there were only 47 patrol officers working first watch on Friday, putting the department operating at only 18 percent capacity.

To paint a better picture of the dire situation, as the staffing crisis got worse during the "Defund the Police" movement, the department pulled police personnel from other departments–like detectives and traffic officers–and put them back on patrol.

This means that staffing numbers are exceedingly low even after the department has utilized all available resources.

Seattle is under a severe public safety crisis and progressive City Council members are still advocating to defund the department and direct funds to community based programs.

However, not everyone on City Council is for the further defunding of the police department, which includes Seattle's new Mayor, Bruce Harrell.

Harrell announced last week during a press conference that he is making it a top priority to refund Seattle PD and increase staffing, citing that public safety is an extreme cause of concern in the city. But restoring public safety will be easier said than done as the city council holds a progressive anti-police majority.

Seattle City Council had defunded the Seattle Police Department by more than $50 million since the popular democratic "Defund the Police" movement to effect across the country.

In the last few years, hundreds of officers left Seattle PD due to the defunding of the department, anti-police vitriol spewed out by city council members, and officers getting fired for not complying with the vaccine mandate, which created a significant staffing crisis. There are now less than one thousand deployable officers, a number that the city hasn't seen in decades when the population was much lower.

Most recently, the Seattle Police Department released a 2021 crime report which showed that violent crime throughout the city is at a 14-year high.

With skyrocketing increases in crime, not enough deployable police officers, and progressive prosecutors that refuse to hold criminals accountable, Seattle's already dire public safety crisis could get much worse without immediate intervention to restore law and order.