Former President Donald Trump responded to Elon Musk terminating his deal to buy Twitter by posting on his own social media site, Truth Social: "THE TWITTER DEAL IS DEAD, LONG LIVE THE TRUTH." 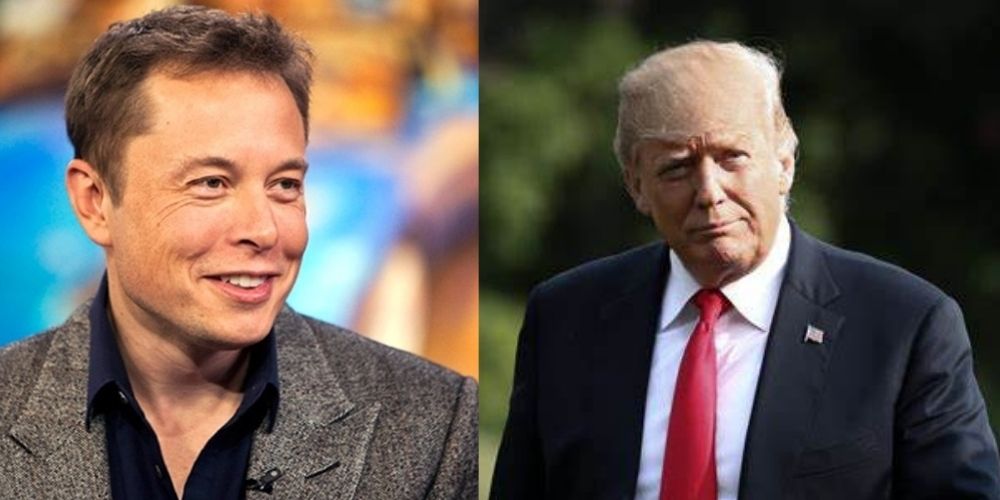 Former President Donald Trump responded to Elon Musk terminating his deal to buy Twitter by posting on his own social media site, Truth Social: "THE TWITTER DEAL IS DEAD, LONG LIVE THE TRUTH." Trump's Truth post to his 3.4 million followers has garnered around 48,000 likes and has been shared over 11,000 times.

The former president was permanently banned from Twitter on January 8 of 2021 following the events of the January 6th Capitol riot. Twitter cited "risk of further incitement of violence" as their reason within "the context of horrific events this week."

Trump announced he was creating his own social media platform, Truth Social, in October 2021 and opened the site for use in April 2022.

Around the same time as Trump's launch of Truth, reports emerged that SpaceX and Tesla CEO Elon Musk had become one of Twitter's largest shareholders and held a 9.2 percent of a stake in the company. Twitter stock rose 23 percent in reaction and rumors circulated that Musk was positioning for a hostile takeover.

Following the news of Elon Musk's desire to takeover Twitter, many speculated that President Trump may be able to make a return to the platform as Musk has been outspoken about his anti-censorship views. Trump responded to the rumors in an interview, "I hope Elon buys Twitter because he'll make improvements to it and he is a good man, but I am going to be staying on Truth."

Twitter CEO Parag Agrawal previously claimed that Twitter is not beholden to American free speech laws which Musk rejected and said, "I think it's very important for there to be an inclusive arena for free speech. Twitter has become kind of the de facto town square."

Musk made an official offer to buy the platform on April 14 and to take the company private. After weeks of negotiation, Musk offered $54.20 per share, saying that this was his "best and final" offer to land on the $44 billion bid, and cited concerns over the number of spam and fake accounts on the site. After the deal spent time in limbo over those unknown user numbers ,the Twitter board approved the sale in June and everything seemed set except for Elon's main concern: the numbers of bot accounts.

Despite user enthusiasm over Musk's rebuke of Twitter's left-wing bias and promises to make the site politically neutral, the deal was terminated by Musk on Friday.

"Twitter has failed or refused to provide this information" about the bots, Musk's lawyers wrote. "Sometimes Twitter has ignored Mr. Musk’s requests, sometimes it has rejected them for reasons that appear to be unjustified, and sometimes it has claimed to comply while giving Mr. Musk incomplete or unusable information." Twitter has said they plan on suing Musk over the termination. Others have speculated the termination is a ploy by Musk to lower the purchase price.