"The importance of our book is to keep the country going in the right direction that MLK fought and died for," Keith Hodge said. 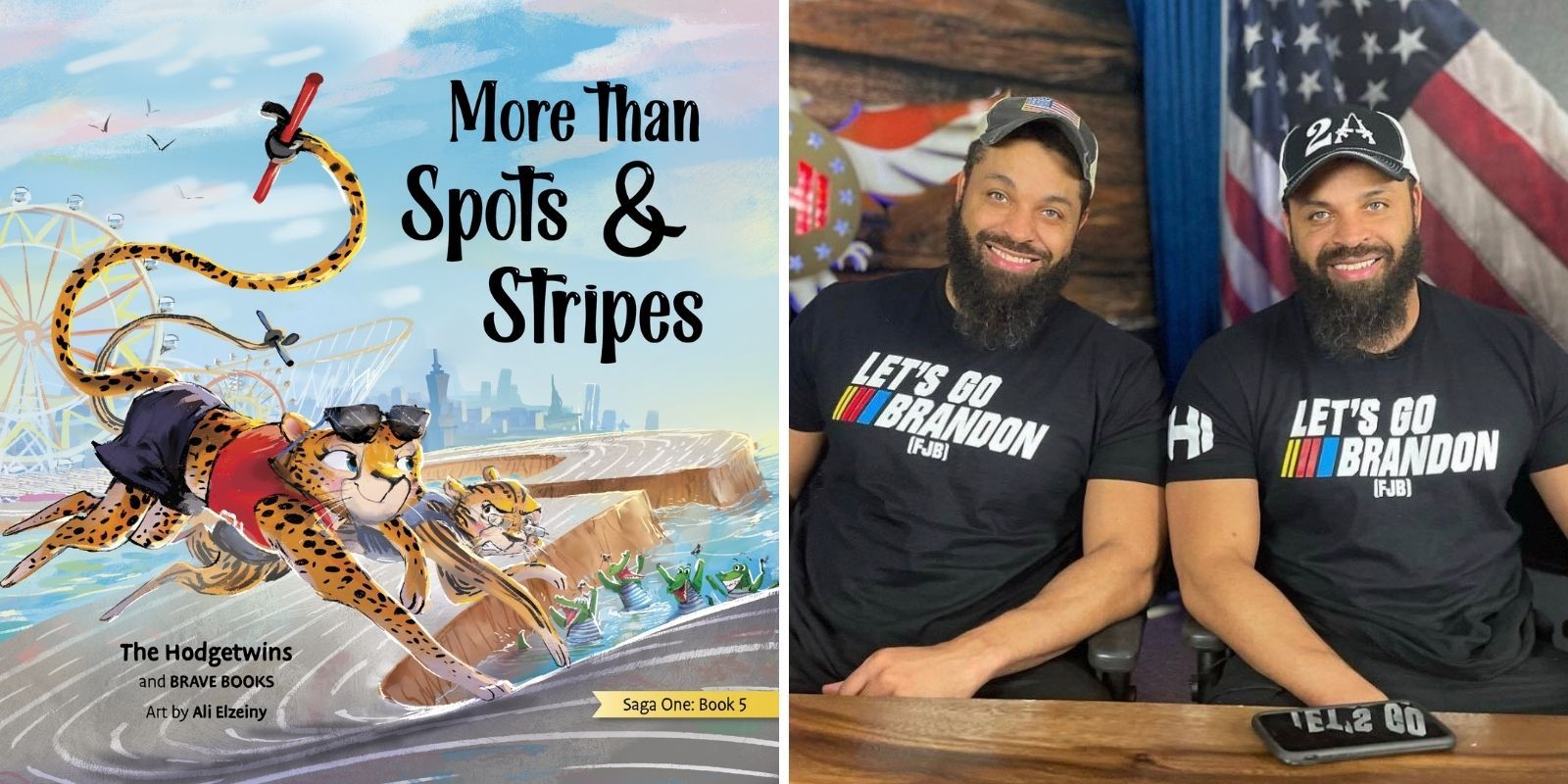 YouTube duo Keith and Kevin Hodge, known as the "Hodgetwins," have launched a children's picture book to explain the harmfulness of critical race theory.

The new book, More than Spots and Stripes, tells the story of Rebel, a fast spotted cheetah, who has been training hard to win a race. But then Rebel comes across the divisive ideology promoted by an older racer named Bella, who convinces all of the spotted cheetahs that the race is rigged against the group by the cheetahs with stripes.

The storyline poses a moral dilemma that will either divide the racers or prompt the characters to overcome and conquer the central conflict as competitors united by action, not by fur—an intentional reference to Dr. Martin Luther King Jr.'s hope that Americans would be judged by character, not by skin color.

"Critical Race Theory is brainwashing our kids & turning them into racists. As parents, we cannot allow the Left to continue pushing this racist propaganda onto our children. It's time to fight back," the Hodgetwins tweeted.

The book draws a strategic parallel to the real world, centering on an insidious cheating rumor that mirrors today's implementation of critical race theory teachings in K-12 schools, a controversial subject disputed at school board meetings that cost Democrat candidate Terry McAuliffe the Virginia governorship.

Joking that critical race theory stands for "Creating Racial Tension," the famous Hodgetwins, who are unwilling to give into the left's sought-after victim mentality, maintain that it would have been detrimental if the brothers were taught as children that "the system was designed for whites' success."

"We wouldn't have even tried," the Hodgetwins said. "We would have believed the system was out to get us, and we would have just given up."

More than Spots and Stripes is a children's book, the Hodgetwins noted in a BRAVE Books video, "but every adult should read it because no child should be taught that they can't succeed in life because of the color of their skin."

"The importance of our book is to keep the country going in the right direction that MLK fought and died for," Keith Hodge told The Post Millennial in a press statement. "The dream that one day we will all live in a nation where we will not be judged by the color of our skin but by the content of our character."

Kevin and Keith Hodge are right-wing political commentators and popular social media influencers who utilize humor and quick wit to raise awareness around important issues to conservatives, such as the dangers of critical race theory.

More than Spots and Stripes is the fifth book in the BRAVE Books library. BRAVE Books is a publishing house that partners with prominent conservative figures to produce children's books that teach kids cultural values and train the young generation to think rationally about hot political topics, ranging from gender identity to cancel culture to the pro-life movement, among numerous debates dominating the national dialogue in America's classrooms and at home.

Bestselling author Elizabeth Johnston released Little Lives Matter, which serves as a direct affront to Planned Parenthood, with BRAVE Books in August to emphasize the sanctity of life amid the left's attempts to normalize and glorify abortion.