The 'For the People Act' obstructs election integrity

The bill is full of sweeping plans like the removal of proofs from mail-in ballots, such as social security numbers or portions thereof, and advocates for DC statehood. 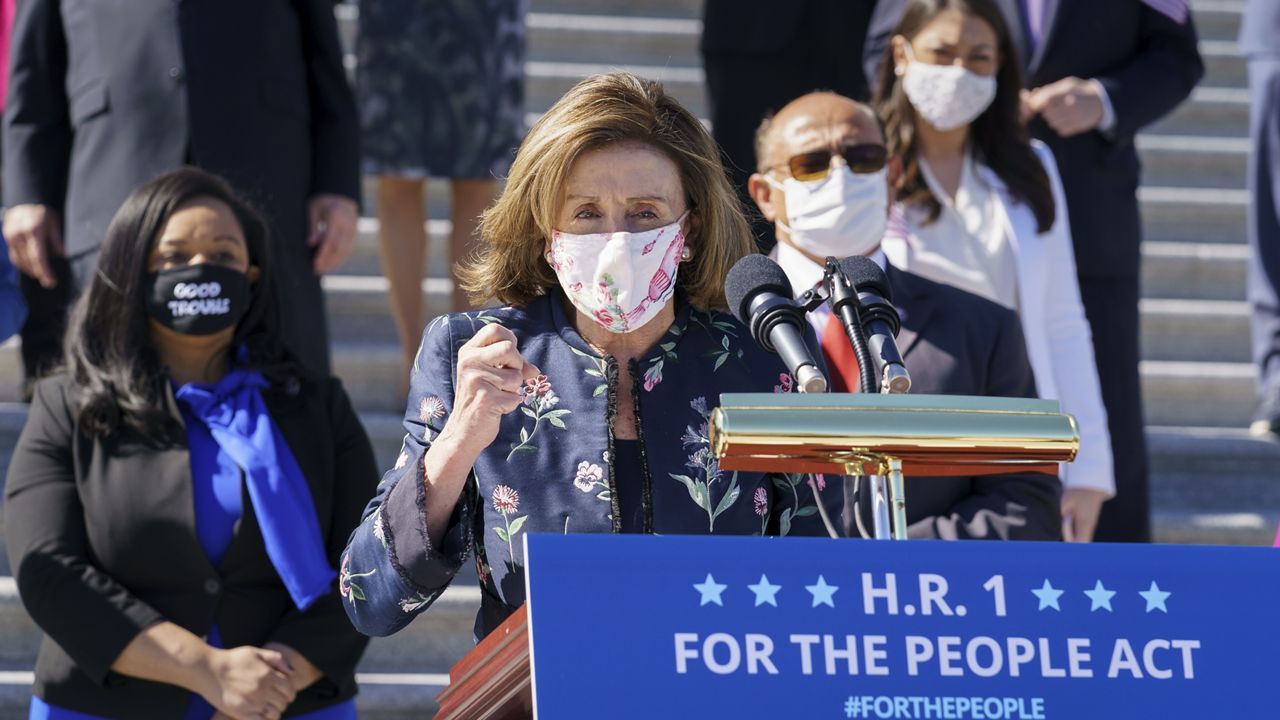 The "For the People Act" is being touted by Democrats and mainstream media as the only way to make sure citizens aren't discriminated against in voting practices. But what it really does take power away from the states as regards their own election process, make it easier for the orchestration of election fraud and election manipulation, and affirm existing voting laws, such as the Voting Rights Act of 1964.

The bill, which has been hailed as an antidote to election integrity laws in many states, hailed by the Biden administration as "Jim Crow 2.0.," is full of sweeping plans such as the removal of proofs from mail-in ballots, such as social security numbers or portions thereof, and advocates for DC statehood.

The 'For the People Act' provides federal funding to states to comply with these measures. Additional provisions in the sweeping, 817-page bill include making sure that "secondary school students" have information on how to vote prior to their date of graduation, and the "acceptance of voter registration applications from individuals under 18 years of age." Encouraging voting access to disabled persons specifically, though no laws exist or are permitted to exist that would bar a disabled person from voting participation. Prohibition of voter intimidation, even though that's already illegal.

The bill would prohibit states from barring a convicted felon from voting. Voters will have the opportunity to verify their ballot, which they have filled out, before it is cast, and be allowed to change it. The bill reads "The voting system shall require the use of an individual, durable, voter-verified paper ballot of the voter’s vote that shall be marked and made available for inspection and verification by the voter before the voter’s vote is cast and counted, and which shall be counted by hand or read by an optical character recognition device or other counting devices."

There are additional provisions as regards the handling of paper ballots. Allowances for the casting of provisional ballots, and a requirement for early voting to be made available by the "15th day before the date of the election."

As regards mail-in balloting, the "For the People Act" would make it illegal for a state to require a voter "to provide any form of identification as a condition of obtaining an absentee ballot" other than a signature. That signature would not have to be notarized or witnessed. Additionally, signature verification is not allowed. The bill states "A State may not impose a signature verification requirement as a condition of accepting and counting an absentee ballot submitted by any individual with respect to an election for Federal office unless the State meets" certain "due process requirements."

The federal government would provide funding to recruit and train poll workers. And there is a restatement of the federal commitment to the Voting Rights Act of 1965, which is already law. There is also a provision in the "For the People Act" that advocates for statehood for Washington, DC. It's buried on page 297. It posits that US territories should have voting rights in federal elections as well.

Redistricting of congressional districts would also be under oversight from the federal government, per this bill, and independent redistricting commissions would be formed. Conditions for the forming of those commissions, their duties, and responsibilities, are painstakingly enumerated.

The bill prevents "youth voter suppression," which is already not legal, as it is not legal to prevent eligible people from voting.

On page 406, the "For the People Act" calls for "election security," saying that "in light of the lessons learned from Russian interference in the 2016 Presidential election, the Federal Government should intensify its efforts to improve the security of election infrastructure in the United States." The Act intends to provide more funding to for "compliant systems."

Provisions for audits of state elections, and funding for the same, pop up on page 425. Transparency of those audit methods would be required. The bill gives money to the Department of Homeland Security to provide grants to entities "for purposes of research and development that are determined to have the potential to significantly improve the security (including cybersecurity), quality, reliability, accuracy, accessibility, and affordability of election infrastructure, and increase voter participation." DHS is also tasked, per the bill, with election threat assessments.

The assessment of threats by foreign actors is also provided for the "For the People Act," and voting system hardware and software will be put through cybersecurity threat assessments prior to being using in elections. Election hacking will be discouraged, though it is already, and an advisory committee would be formed.

The "For the People Act" requires that voting machines be made in the USA.

The remaining 400 or so pages of the bill deal with campaign finance reform and ethics standards across all three branches of government.