81-year-old Fauci said he's inspiring people to go to medical school and get into science through "the Fauci effect." 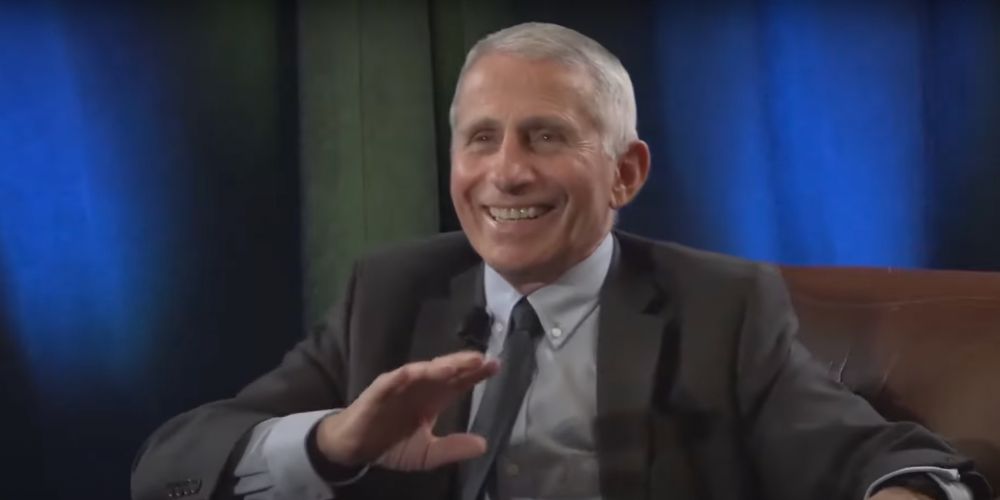 The Biden administration's Covid czar, Dr. Anthony Fauci, recently claimed that he symbolizes "truth" and "integrity" across society in a phenomenon he calls the "Fauci effect."

"People go to medical school now, people are interested in science, not because of me, because people most people don't know me who I am. My friends know me. My wife knows me. But people don't know me. It's what I symbolize" the 81-year-old maskless Fauci told Dr. Larry Corey at the Fred Hutchinson Cancer Center on Tuesday.

"And what I symbolize, in an era of the normalization of untruths, and lies, and and all the things you're seeing going on in society from January 6 to everything else that goes on, people are craving for consistency for integrity, for truth and for people caring about people," he added.

In a December 2020 report from NPR, it was revealed that there had been a record number of applicants to medical school, "driven by the example of medical workers and public health figures such as Dr. Anthony Fauci, director of the National Institute of Allergy and Infectious Diseases."

The wave of applicants had medical school admissions officers calling it the Fauci Effect.

It's "very flattering," Fauci said. "Probably a more realistic assessment is that, rather than the Fauci Effect, it's the effect of a physician who is trying to and hopefully succeeding in having an important impact on an individual's health, as well as on global health. So if it works to get more young individuals into medical school, go ahead and use my name. Be my guest."

In the past Fauci said that attacks on him are "attacks on science" when speaking to MSNBC's Chuck Todd in June 2021. In November 2021 he told Face The Nation's host Margaret Brennan that "if you're attacking me, you're really attacking science."

In response to his "Fauci effect" comments biologist Bret Weinstein said, "Actually, 'the Fauci effect' is when you circumvent a ban on gain of function research and a Holocaust of lives are lost and the world is thrown into chaos for no reason at all. Also sometimes called a 'Daszak fumble.'"

In August 2021, unredacted emails showed that Fauci knew that EcoHealth's Peter Daszak was working with Chinese virologists at the Wuhan Institute of Virology and evidence suggested the virus escaped from the lab. Fauci communicated with Daszak to label the evidence based lab leak assertion, and likely reality, a "conspiracy theory."

Senator Tom Cotton wrote, "Actually, the 'Fauci Effect' refers to funding gain-of-function research at the Wuhan Institute of Virology and then lying to Congress."

Fauci lied to Congress multiple times concerning the possibility that Covid was man-made and suppressed data points in support of that assessment. Senator Rand Paul confronted the doctor on the lie, especially because Dr. Fauci had funded gain of function research at the Wuhan, China lab from which the virus most likely escaped.

"I don’t say this about many people, but he is truly a despicable human being," said Jedediah Bila.