Jake Tapper's stint as a CNN primetime host is coming to an end, with the network confirming that he will be returning to his late afternoon slot following the midterms. 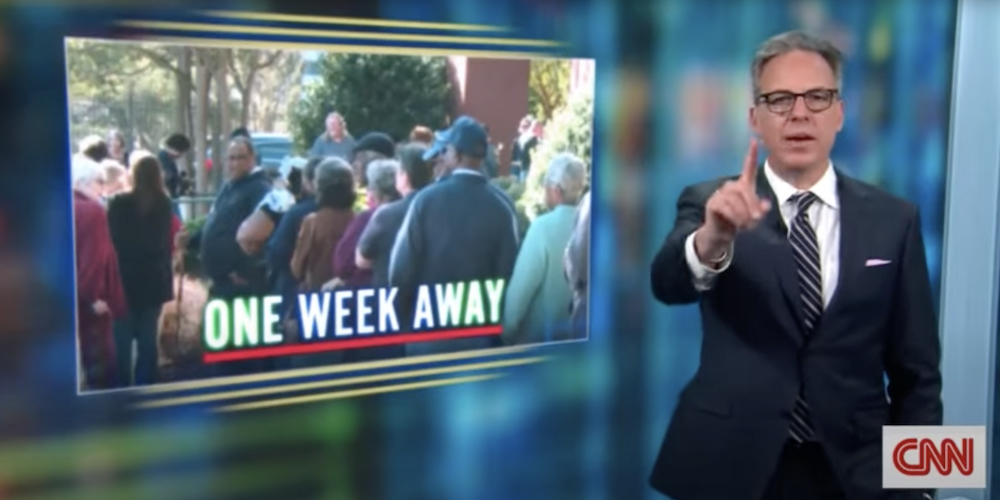 Jake Tapper's stint as a CNN primetime host is coming to an end, with the network confirming that he will be returning to his late afternoon slot following the midterms.

The longtime media personality had been temporarily bumped up to the 9 pm slot in September, however there was speculation that the move would be permanent.

"As part of a special lineup, Jake agreed to anchor the 9p hour through the midterm elections," CNN said in a statement. "At the completion of that schedule, he’ll be returning to his award-winning program The Lead."

The network added that they would "announce post-election plans for that time slot in the coming days."

According to The Hill, Tapper struggled to achieve good ratings as a primetime host.  Much of CNN's lineup has suffered similarly in recent months, including Brian Stelter and Don Lemon. The former was fired, while the latter was sequeezed out of his timelot and moved to mornings.

This is just the latest in a series of reshuffles overseen by CEO Chris Licht, who came in promising to make drastic changes to the network as part of a massive merger with Discovery's parent company WarnerMedia.

The deal has brought with it changes in leadership and influence seeking to reform the network. Among them is Discovery board member John Malone, who said he "would like to see CNN evolve back to the kind of journalism that it started with, and actually have journalists, which would be unique and refreshing."

Under former CEO Jeff Zucker, the network took on a more polarizing and combative tone, largely in response to Trump, who became a major target across its many shows.