Nicholas Toledo, 78, was fatally wounded on Monday when a shooter opened fire from a rooftop on parade goers celebrating America's Independence in Highland Park, Illinois, a suburb north of Chicago. 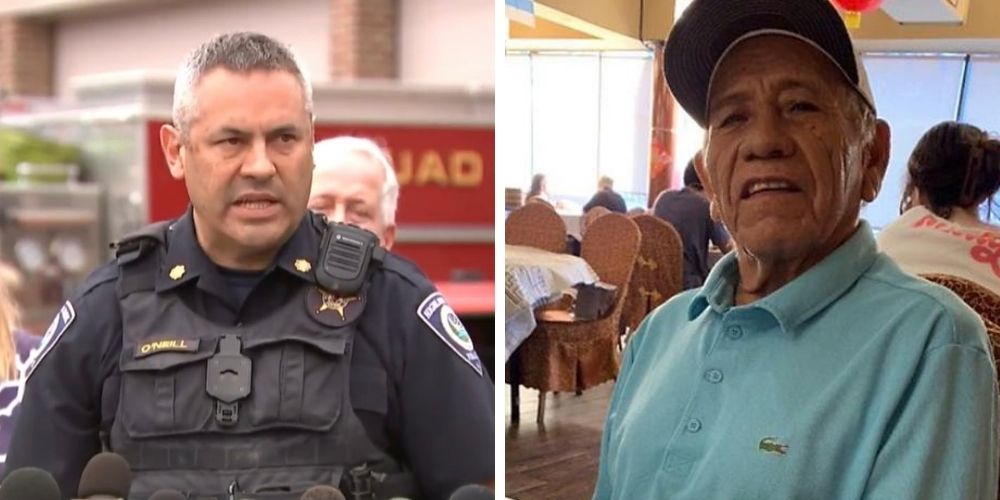 One of the victim's killed in Monday's mass shooting at a 4th of July parade outside Chicago was a beloved grandfather and immigrant from Mexico, New York Post reports.

Nicholas Toledo, 78, was fatally wounded on Monday when a shooter opened fire from a rooftop on parade goers celebrating America's Independence in Highland Park, Illinois, a suburb north of Chicago.

"This morning, someone shoot him," Toledo's son, Alejo Toledo, told The Post. "He's there to watch everything. Crazy people."

Toledo's son told the outlet that his father was celebrating the day with with around 15 to 20 other relatives, including his sons, nieces and nephews. Multiple other family members were also wounded in the henious attack, but not fatally, Alejo said.

Alejo Toledo described his father as a great man who moved to the United States from Mexico in search of a better life for him and his family.

"He's a great father, he working hard long time ago here in the United States, and he's retired," Alejo told The Post.

"He's beautiful, we took a fishing trip three weeks ago," he added.

A tragedy occurred early Monday when a shooter opened fire from a rooftop on the crowd of individuals attending a 4th of July parade in Highland Park, Illinois.

The mass shooting resulted in the death of at least six people, 5 on scene and one in the hospital. 24 others are hospitalized in conditions ranging from critical to stable.

Coroner Jennifer Banek said during the press conference that all who have died in the Highland Park July 4th parade shooting were adults.

Highland Park Police Deputy Chief Chris Covelli said authorities recovered a high powered rifle at the scene and investigators "are combing through social media to see if there's any clues or information that they can uncover."

Roberto Crimo, the suspected Highland Park shooter, was "known to law enforcement" prior to the attack and was arrested on Monday following a multi-agency manhunt.