'Let’s make them hurt a little bit. . . . I’m also asking for your help to make a stand and take our city back.' 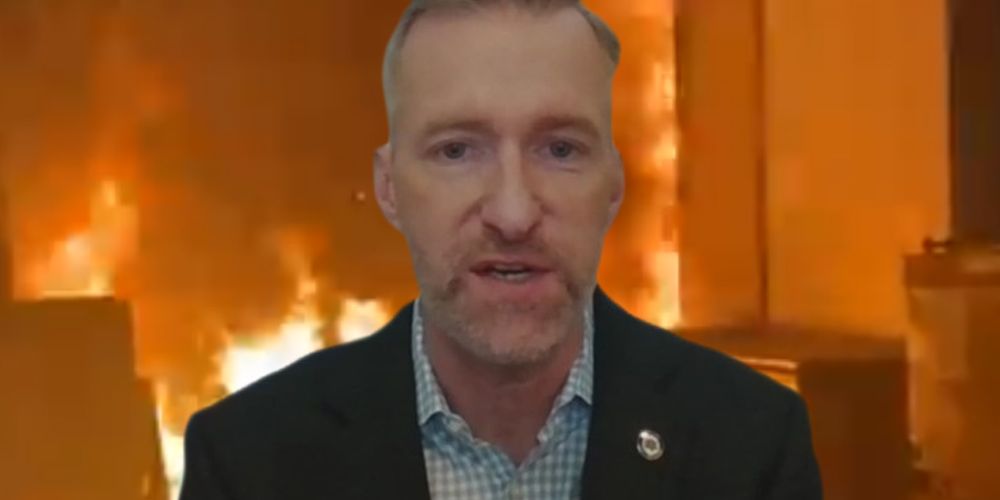 Antifa made the Portland Mayor flee his home and they sucker punched him in the face. But in response he did nothing.

Even in the final days of the Trump administration, Ted Wheeler was an indirect Antifa advocate. He was publicly offended at comparisons being drawn between the Far Left group and the January 6th Capitol Riots. Last year after the death of George Floyd, Antifa spent the summer sieging the Portland courthouse.

Pushover Wheeler has let Antifa riot in the city regularly, but now he’s taking it no more.

The Punished Portland Mayor Ted Wheeler put out a video announcement that’s essentially a call to action for the general public. “Let’s make them hurt a little bit,” Wheeler says.

"I’ve extended the state of emergency through the weekend. Our job is to unmask them, arrest them, and prosecute them. I want to personally thank neighbors, family, friends and others who have come forward with vital evidence. People know who these criminals are. They know what they’re up to. If you have any information, please contact the police. Acting Chief Davis will provide specifics shortly.

"I also want you to know that these people often arrive at their so-called direct actions, in cars. And they’re all dressed in all black. If you see this, call the police. If you can provide a license plate, if you can do so safely, that information can help later. Together we can make a stand. We’re doing what we can today. I’m also asking for your help to make a stand and take our city back."

It’s such a direct and confrontational message that the Portland Mayor is putting out. Rioting has been at the forefront of concern in the aftermath of the Derek Chauvin trial.

In the last week alone, Antifa burned an Apple Store to the ground. Most recently during riots, after the state of emergency was declared, one of Antifa’s people got physical with police officers.