Rutgers professor praises declining white birth rates at CRT conference: 'We got to take these motherf*ckers out'

"The thing I want to say to you is, 'We got to take these motherfuckers out,' but, like, we can't say that," Cooper said. 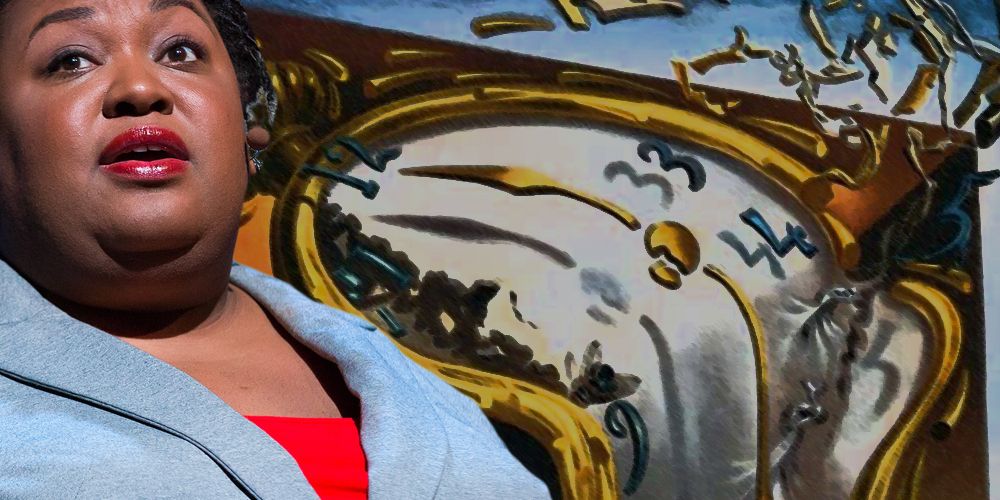 Rutgers University professor of Women's and Gender Studies and Africana Studies Brittany Cooper, who teaches courses such as "Black Feminism" and "Black Intellectual Thought" at the university, has told audiences that white people own the concept of time and need to be "taken out."

Critical race theory is the topic of friction in the public education system that's being pushed by teachers unions despite objections from parents.

Today, people are learning about a statement made by the Rutgers professor at a TEDWomen talk. Cooper's past commentary resurfaced in a Mythinformed tweet from the October 2016 event, called "The racial politics of time."

"But this long-standing joke about our perpetual lateness to church, to cookouts, to family events and even to our own funerals remains. I'm personally a stickler for time. It's almost as if my mother when I was growing up said, 'We will not be those black people.' So we typically arrive to events 30 minutes early. But today I want to talk to you more about the political nature of time. For if time had a race, it would be white. White people own time," Cooper said in the speech.

But this isn't the first time Cooper has targeted white people with such strong language. As reported by the Daily Mail, last month she and Michael Harriot of The Root sat down for a discussion on the "attacks" against critical race theory.

Cooper's interpretation of it is that critical race theory is the "proper teaching" of American history, a statement that makes a nod to the New York Times 1619 Project that attempted to reframe that very thinking.

She centered the conversation of race over it being a power dynamic. "They do this thing where they say that how white people have done humanity - how they have acted as human beings - is the way all of us act. So they think black people are going to get them back," Cooper declared.

Noting that white birth rates are going down, Cooper argued it's because "they literally cannot afford to put newer generations into the middle class."

"They kind of deserve it," Cooper added with a smile.

Cooper said she wanted to "take out" white people, before backtracking and disavowing violence, but not before stepping halfway back in. "White people are committed to being villains in the aggregate," the Rutgers professor concluded.

As reported the other day, this type of ideological training is being instituted at America's top companies in the corporate sector: AT&T, Disney, Lockheed Martin, Raytheon, Bank of America, Google, CVS Pharmacy, and Walmart.