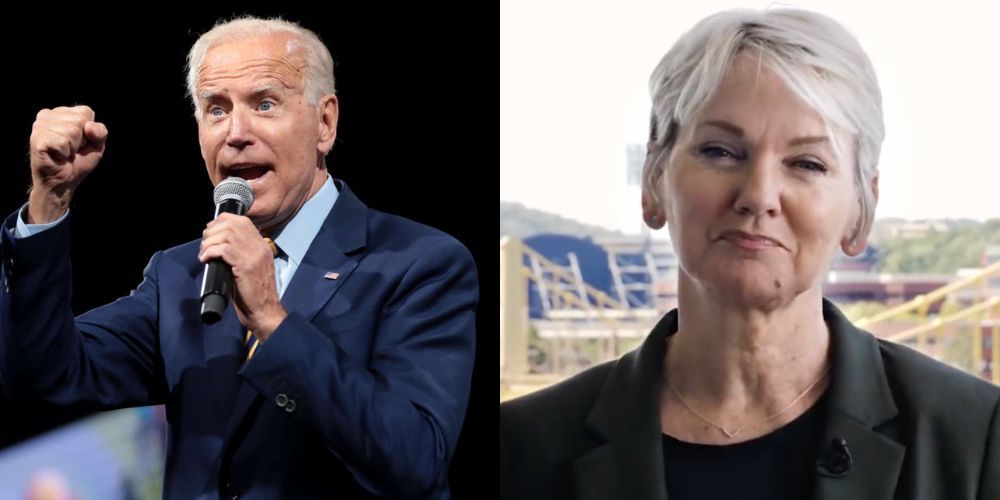 In a recent clip, Biden Administration Energy Secretary Jennifer Granholm said, "Right now we are witnessing the beginning of one of the most significant events in human history. The Clean Energy Transition. It is long overdue and it can't progress fast enough."

In March, Granholm made similar comments when she seized on the crisis of Russia's invasion of Ukraine and called it an "urgent moment" to transition to "clean energy" and her comments come as Americans face record high inflation, an ongoing supply chain crisis, and a likely recession.

On Wednesday, President Joe Biden delivered an ultimatum to Congress concerning "climate change" and said that if they do not vote to put his environmental agenda into action, then he will do it himself through executive action. The threat was to make good on his lofty goal of cutting greenhouse gas emissions by up to 52 percent by 2030. Biden's comments come after he said Americans should pay high gas prices for "as long as it takes" in June.

Like Granholm, other Biden officials have by rote repeated similar sentiments in recent months.

In May Biden's Commerce Secretary Gina Raimondo said Americans should not worry about inflation because, "you know, children won't– forget about clothes on their back, they're not gonna be able to have a life if we don't deal with climate change,"

In July, Climate Czar John Kerry said, "The challenge for all of us now is that no one country can solve this problem by itself. We all have to be able to reduce the emissions, we have to accelerate the transition." Kerry's comments came after traveling overseas in a private jet that emitted an overwhelmingly noxious amount of CO2 into the atmosphere.

Vice President Harris and Transportation Secretary Pete Buttigieg have also spoken on the need to go green fast, mostly doubling down on the issue of electric cars and telling Americans concerned about high gas prices that EV was their solution.

CEO of MISO John Bear told the press in May that "As we move forward, we need to know that when you put a solar panel or a wind turbine up, it’s not the same as a thermal resource." Bear continued to explain that "green" energy sources such as solar and wind rely heavily on batteries. Battery efficiency is constantly improving, but it's not enough to keep up with current demand if plant closures continue as planned.

According to Fox News, "the issue is on the rise throughout the country as many traditional and nuclear power plants are being retired to make way for renewable sources of energy, but the plants are going offline faster than renewable energy and battery storage can keep up."

In June, Granholm exercised a $1.6 million stock option in an electric vehicle company as she pushed Americans away from vehicle fossil fuels and has been the subject of ethics complaints for violating the Hatch Act.