The TSA isn't "looking at whether a person is legal or illegal in the country" because they only look at "people who may pose a risk to transportation." 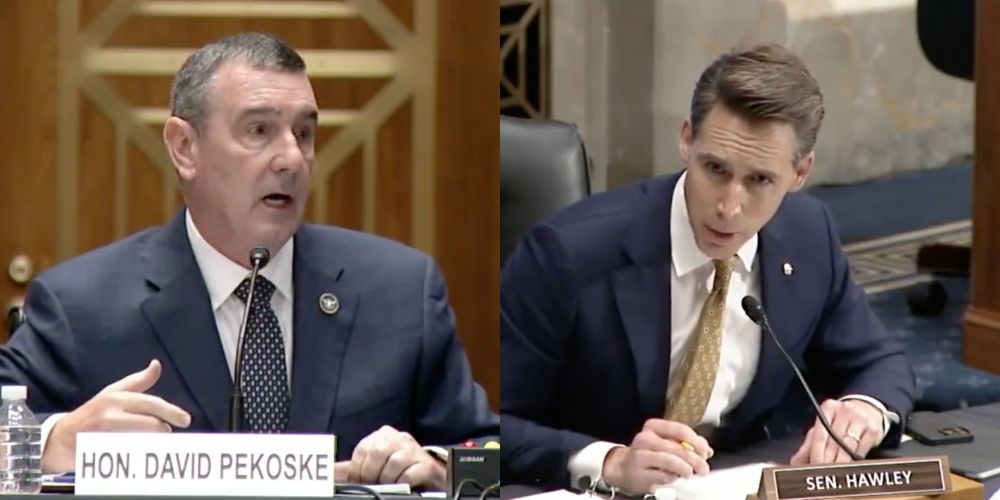 Transportation Security Administration (TSA) Administrator David Pekoske told Republican Senator Josh Hawley of Missouri on Thursday that roughly 1,000 illegal immigrants have been allowed to use their arrest warrants as valid ID's for travel.

Pekoske said that the TSA isn't "looking at whether a person is legal or illegal in the country" because they only look at "people who may pose a risk to transportation."

In a clip posted to Twitter, Hawley highlighted the exchange where he asked Pekoske, "So your position is someone who is known to have violated the laws of the United States does not thereby need enhanced screening?"

Pekoske's response: "Sir, there are people who violate the laws of the United States every day who fly."

In January of this year Pekoske revealed that illegal migrants are permitted to use DHS documents, including arrest warrants, as ID to board American flights.

Pekoske said, "TSA is committed to ensuring that all travelers, regardless of immigration status, are pre-screened before they arrive to the airport, have their pre-screening status and identification verified at security checkpoints, and receive appropriate screening based on risk before entering the sterile area of the airport,"

Hawley told Pekoske, "and you don't think someone who is, by definition, somebody who presents a warrant for arrest. You don't think that that necessitates enhanced screening?"

The TSA administrator said that many of those illegal immigrants will not necessarily be questioned by a Federal Security Director and hundreds have been allowed to fly.

Since President Biden took office his lax immigration enforcement has contributed to a humanitarian crisis on America's southern border. As illegal immigrants have poured into the country in record numbers, migrant related crime has risen throughout communities.

On Thursday night's episode of Tucker Carlson Tonight, Hawley said "It is utter and total contempt that this administration is showing for the law-abiding citizens of the United States. What they're telling us is waiting the longest lines ever, be treated to all kinds of random inspections and invasive procedures and have your stuff confiscated, but if you're an illegal alien, and you have committed a crime, oh, and you have an arrest warrant, come right to the front of the line and get right on the plane."

Tucker asked about the Biden Administration's policy to release illegal immigrants into states such as Pennsylvania and the Carolinas and asked, "Why are none of these undocumented migrants being flown to Martha's Vineyard? I checked this morning; point zero three percent of people in Martha's Vineyard arrived from another country. There's no diversity there whatsoever. So why aren't they going there? Why are they going to Central Pennsylvania?"