Lorenz, who complains about social media harassment herself, feels entitled to harass the family members and to reveal personal details about the Libs of Tik Tok, all in the name of reporting. 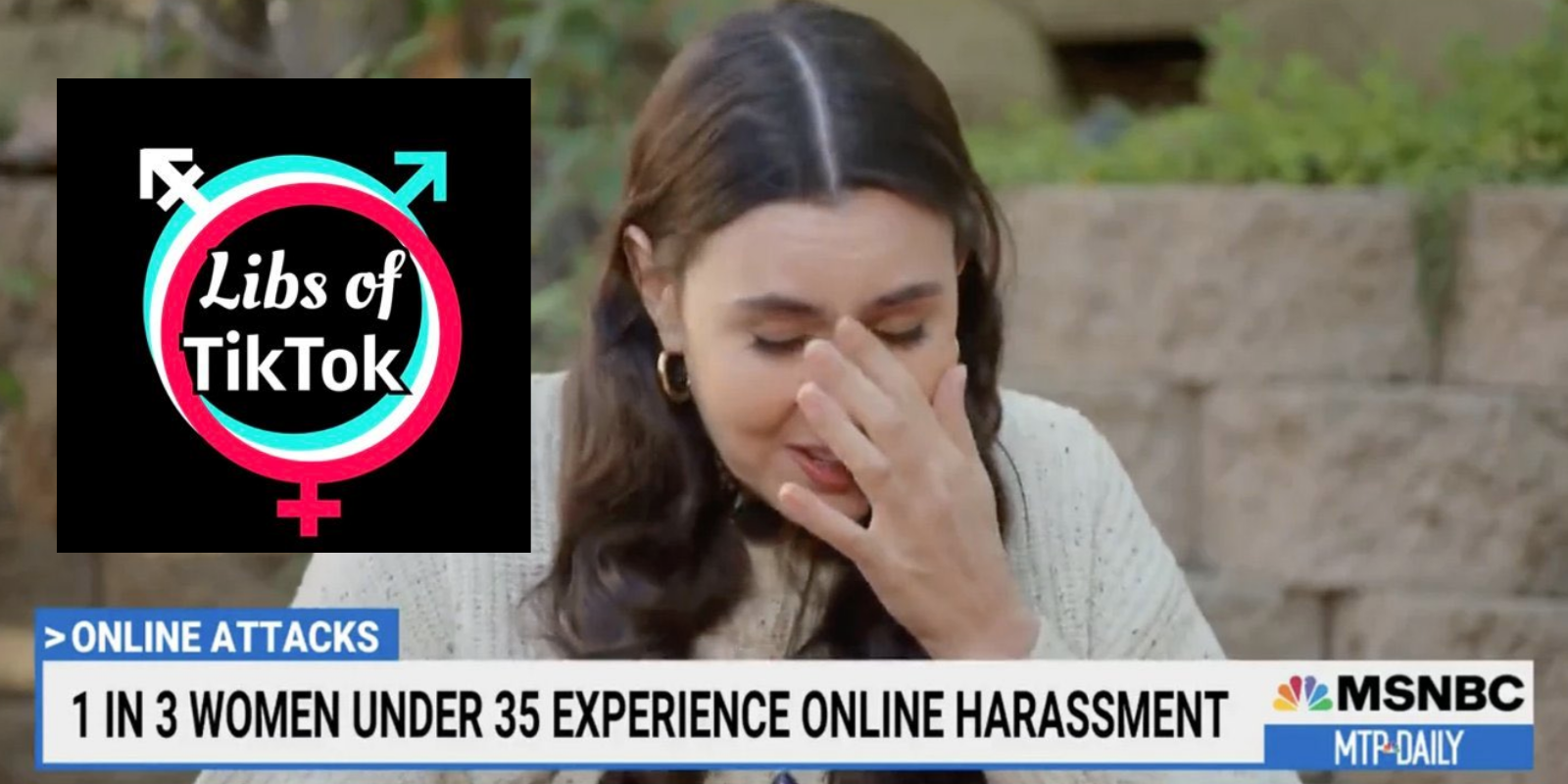 Notorious crybully Taylor Lorenz, who went on MSNBC and wept ugly tears over getting mean tweets and nasty direct messages on Twitter, is apparently planning to dox the anonymous account holder Libs of Tik Tok. Additional reports have emerged that Lorenz showed up at the homes of relatives of the woman who runs the account in order to gain more information.

Lorenz, who complains about social media harassment herself, feels free and entitled to harass the family members of an anonymous Twitter user and to reveal personal details about the woman who runs the account, all in the name of reporting.

The process of doxing Libs of Tik Tok began on Antifa-affiliated accounts, where users tracked through her tweets, linking them to dead accounts, and following a trail of screen names. Two accounts shared details they found to link Libs of Tik Tok to an actual person. Travis Brown, who doxed Libs of Tik Tok, has a reported history of doxing, stalking, and harassment.

From there, a story ran at The Daily Dot, a left-wing outlet that is comfortable publishing photos of the children of journalists they don't like.

In The Daily Dot's hit piece, which is merely a precursor for Lorenz to launder it through the Washington Post, they write that "it emerged that Libs of TikTok hasn’t solely confined its activities to the internet. As software developer Travis Brown first reported, someone tweeting from the Libs of TikTok profile attended the Jan. 6 Capitol protest."

Likely this will be a component of Lorenz's reporting, and used in an attempt to call into question the Libs of Tik Tok account holders motivations. Lorenz will undoubtedly tell readers that the views of anyone who was in attendance at the January 6, 2020 Trump rally at the ellipse, or who stood outside and witnessed the ensuing riot at the Capitol, cannot have anything other than hateful views.

Guilt by association, and prosecution based on proximity, are tools the left uses to silence its critics. The account holder for Libs of Tik Tok will be portrayed as all manner of deplorable things, but it will be in service to progressivism, and Lorenz own fragile ego, and not in service to the truth of what these identity-driven progressive ideals are doing to the country and her citizens.

Lorenz reached out to Florida press secretary Christina Pushaw to find out more about the anonymous user, who routinely posts damning video clips from Tik Tok, showing teachers promising to indoctrinate their students into gender identity and adult sexual lifestyles, or simply documenting some of the horrors wrought by progressive ideologies on a generation of confused young adults who are trying desperately to align with any identity group that will have them.

Pushaw noted that the Post's "internet hall monitor is so excited to 'expose' Libs of Tik Tok." Her comment, in response to Lorenz's ask for information, was simply a clown face emoji. Lorenz, who got so angry after receiving further backlash to her crocodile tears on MSNBC that she demanded the network remove the video from their online archive, told Pushaw that she is planning to "expose" Libs of Tik Tok.

Lorenz has complained that she is essentially victimized because she is a woman in journalism and uses womanhood to pose as a victim. Lorenz is doing exactly what she complained was being done to her.

Lorenz is entirely hypocritical if she thinks that she's just doing her job by doxing a fellow female in media to abuse and threats of the same nature that made her sob on television and complain that her media outlets weren't doing enough to protect her. Libs of Tik Tok does not have the backing of a major publication, and works on her own. This makes her far more vulnerable than Lorenz, who only cares when she is being targeted for harassment, but is perfectly willing to target others.

Lorenz complains about online bullies, but is one herself, and one of the worst kind.

The account holder behind Libs of Tik Tok is a conservative with conservative values. She was raised with them. Her belief is that the leftist, progressive ideologies have wrought havoc on our culture and that they need to be exposed so that people can see what is being done to our culture and society.

Lorenz, instead, wants this woman to be discredited, wants her voice scrubbed, and wants her details laid bare so that she can be victimized in all the ways Lorenz pretends she has been.

In response to the outpouring of support, Libs of Tik Tok posted: