Multiple users posted responses about the company's many instances of spreading disinformation ranging from their neglect of the 2020 Hunter Biden story to backing Jussie Smollett's hate hoax. 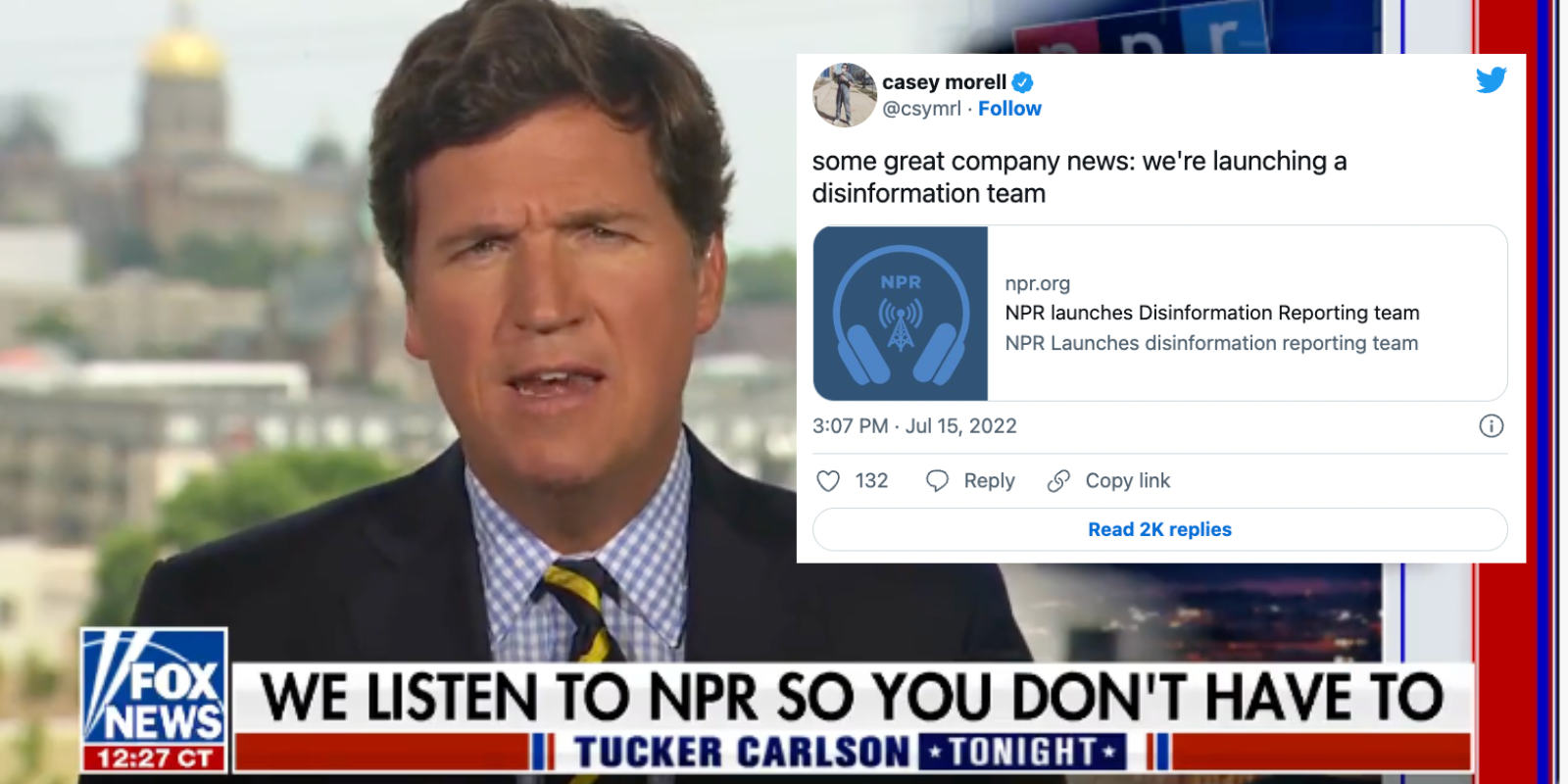 National Public Radio (NPR) announced the creation of their "Disinformation Reporting Team" on Friday in a note to newsroom staff. The outlet has been guilty itself of spreading disinformation and misinformation, most notably penning an article about why they would not report on Hunter Biden's "laptop from hell," rather than actually issuing a report on its contents.

On Twitter, NPR contributor Casey Morell tweeted about the new disinformation division and wrote, "some great company news: we're launching a disinformation team." Within moments, multiple users posted responses about the company's many instances of spreading disinformation ranging from their neglect of the 2020 Hunter Biden story to recent reporting about dinosaurs belonging exclusively to the trans community.

The intrepid team making up NPR's disinformation board are the "unflappable and generous" Shannon Bond, the "data-savvy" Huo Jingnan, expert in "voting rights and election security" Brett Neely, and Lisa Hagen who "helps humanize the unfamiliar" by reporting on the "most radical wing of the gun rights movement."

Fox News contributor Gregg Re tweeted, "Does your managing editor still think the hunter Biden laptop is not a real story ?" Re linked to a 2020 tweet from NPR's public editor telling the world why the outlet wasn't going to report on the Hunter Biden Story.

That tweet read "Why haven't you seen any stories from NPR about the NY Post's Hunter Biden story?" and gave the answer "we don't want to waste our time on stories that are not really stories" and called the Hunter Biden story a distraction.

In the two years since that tweet, Hunter Biden's "laptop from hell" has been authenticated from multiple outlets, including the New York Times, in a story with far ranging and severe implications for the national security of the United States.

All of the information revealed in the past two years was available to establishment news outlets in 2020, with the New York Post existing as an outlier.

Earlier this year, the Biden administration sought to introduce an entire disinformation bureau dubbed the "Ministry of Truth" by critics, but it was shut down to overwhelming public backlash. NPR reported the efforts to end the bureau were a "discrediting campaign" despite multiple and legitimate criticisms.

NPR ran with the Jussie Smollett hoax in 2019 calling it a "Whitewash of Judgment" and tweeted out a parrot of Smollett's lawyer that read, "He [Jussie Smollett] was a victim who was vilified and made to appear as a perpetrator as a result of false and inappropriate remarks made to the public causing an inappropriate rush to judgement."

In 2021 Jussie Smollett was found guilty of perpetrating the hate crime on himself.

In a 2020 piece, NPR described the protests in Kenosha, Wisconsin as "peaceful" when the events following Jacob Blake were riots with significant property damage and multiple assaults.

In that same article NPR described the two people Kyle Rittenhouse shot and killed in an act of self-defense as kind, gentle activists who were "daily fixtures at the protests against police shootings and racial inequality."

The two men Rittenhouse shot were career criminals who intended to kill the teenager.

On the same day NPR announced its disinformation team, Tucker Carlson reported about some of the content NPR doesn't consider to be disinformation and is reporting on in great detail such as how dinosaurs belong exclusively to the trans community.

Tucker provided excerpts from a recent segment about the "whole community of gender queer dinosaur enthusiast(s)" that featured a paleontologist who identifies as transgender, Riley Black  saying,"dinosaurs are ours."

"Many people who are queer, whether they are trans or some other form of genderqueer, or whatever it is, we love dinosaurs." Riley continued "gender queer fans of dinos everywhere felt under attack as TERFs kept dropping the emoji into their feeds."

TERFs stands for "trans-exclusionary radical feminist" and is considered a slur towards women who acknowledge biological reality.

Host Amory Siverston defended Riley's appropriation of dinosaur iconography from biological women and said, "No matter who you are. If you see something beloved, taken over by someone else that can be hard."